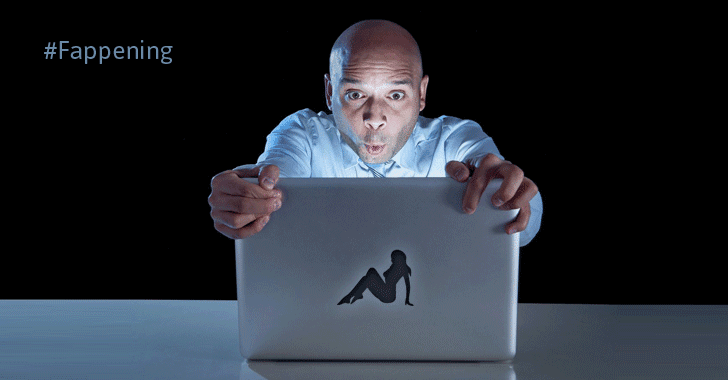 Are you curiously googling or searching torrents for photos or videos of Emma Watson, Amanda Seyfried, Rose McGowan, or any other celebrities leaked in The Fappenning 2.0?

If yes, then beware, you should not click any link promising Fappenning celebrity photos.

Cybercriminals often take advantage of news headlines in order to trap victims and trick them into following links that may lead to websites containing malware or survey scams.

Last week, a few private photos of Emma Watson and Amanda Seyfried — ranging from regular selfies to explicitly sexual photos — were circulating on the Internet forums, including Reddit and 4chan, with UK's TV presenter Holly Willoughby and US actor Rose McGowan among the latest alleged victims.

Now, according to the security researchers from MalwareBytes, scammers are exploiting this new batch of leaked celebrity photos and videos by using their stolen selfies to lure victims on social media sites and making dollars.

One of the scam campaigns uncovered by MalwareBytes targets Twitter users, promising them to follow mentioned links to access leaked embarrassing private photos of British WWE star Paige – whose intimate photos and videos, among other celebs, were leaked online last week without her permission in an act dubbed "The Fappening 2.0." 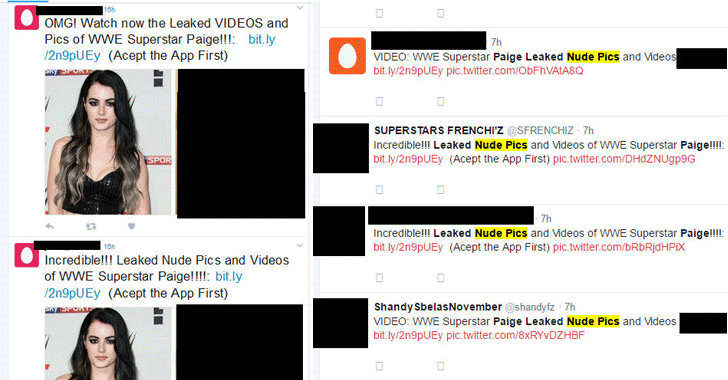 The Fappening 2.0 is named after similar leaks in 2014 when some anonymous hackers flooded the Internet with private photographs of Jennifer Lawrence, Kim Kardashian, Kate Upton and many hundreds of other celebrities by hacking their Apple's iCloud accounts.

Don't Install Any App To View Leaked Fappening Images — It's a Malware!

Once the app is installed, you are then sent to a site that serves no purpose other than enabling crooks to make money from affiliate marketing and advertising link clicks.

The site quickly grays out, asking you to click yet another link that eventually lands you on a survey page that promises to reward you with an Amazon gift card as soon as you hand over your details.


"Suffice to say, filling this in hands your personal information to marketers – and there is no guarantee you will get any pictures at the end of it," said Chris Boyd, a malware intelligence analyst at Malwarebytes. 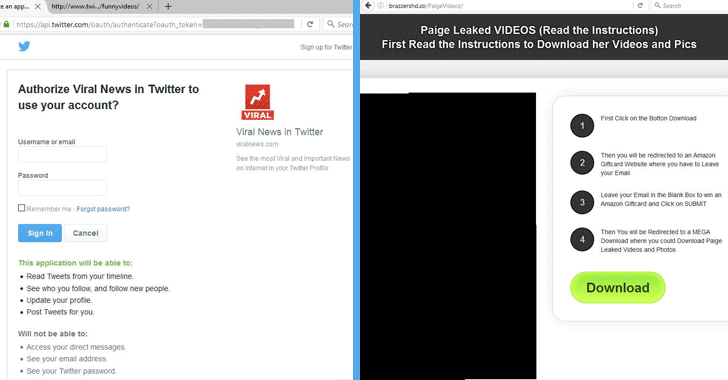 While you are looking through all these links, the creepy app spams out the same tweets from your account, leading your followers to the same The Fappening 2.0 scam you fell for.

So far nearly 7,000 users have become a victim of the latest scam.


"As freshly leaked pictures and video of celebrities continue to be dropped online, so too will scammers try to make capital out of image-hungry clickers. Apart from the fact that these images have been taken without permission so you really shouldn't be hunting for them, anyone going digging on less than reputable sites is pretty much declaring open season on their computers," Boyd concluded.

Here are some useful tips you can follow in an effort to protect yourself from scams shared through social media: