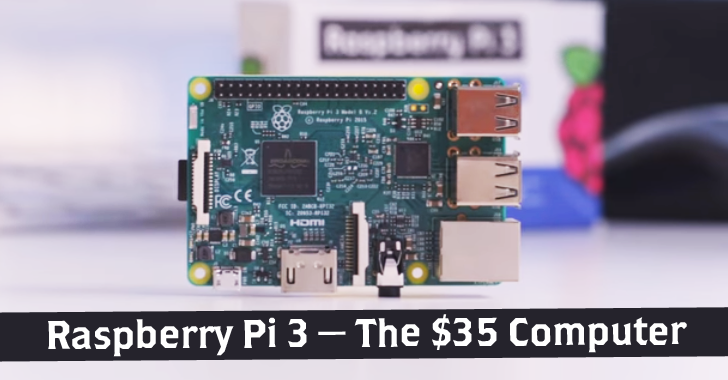 Great news for all Micro-computing fans – A new, powerful Raspberry Pi 3 Model B in town.

The Raspberry Pi is a highly simple computer that looks and feels very basic, but could be built into a number of geeky projects. Due to its low-cost appeal, the Raspberry Pi has become the most popular computer yet with 8 Million units already sold.

The new version of the Pi supports 802.11n Wi-Fi (2.4GHz only) and Bluetooth 4.1, freeing up its four USB ports for other purposes.

The new Raspberry Pi is expected to give 50 percent faster performance than the previous version due to architectural improvements and increase in clock speeds, says Eben Upton, CEO of Raspberry Pi.

At a launch event today the Raspberry Pi Foundation said it has worked closely with Microsoft to ensure full compatibility between the new Pi 3 board and Windows 10 IoT.

Raspberry Pi 3 Model B: The $35 MicroComputer 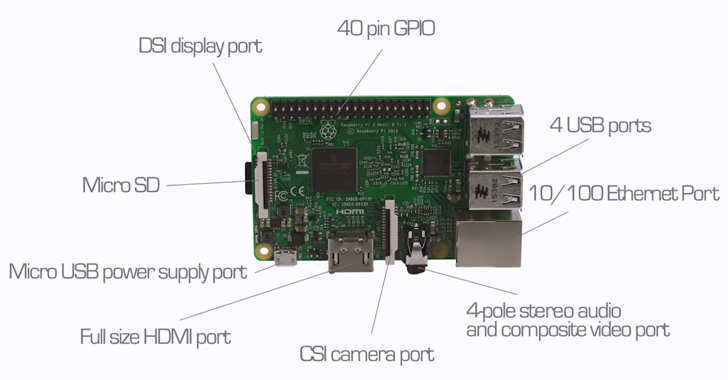 The Raspberry Pi 3 is still just $35, but might be the biggest when looking at its specifications:
The all-new and powerful version of Raspberry Pi 3 brings a host of new hardware that makes it a much more powerful computer.

The company said it will also introduce a Raspberry Pi BCM2837-based Compute Module 3, an even smaller board designed for industrial applications, in the next few months. The Compute Module won't include any WiFi connectivity, but will have the same 1.2GHz Cortex A53 processor and 1GB RAM as the Raspberry Pi 3.