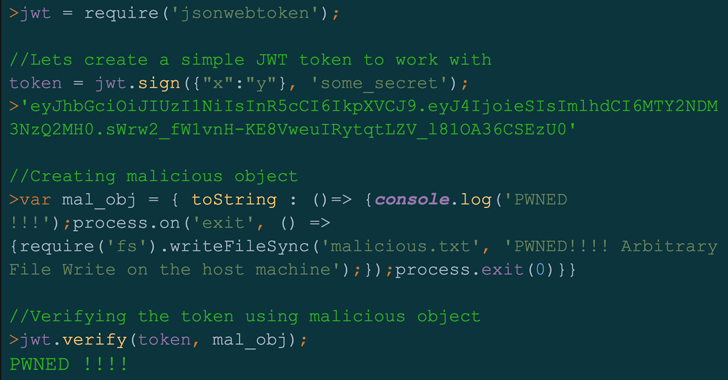 Auth0 and Unit 42 said they are formally retracting CVE-2022-23529 (CVSS score: 7.6) based on the fact that several prerequisites are essential for exploitation. The cybersecurity company said "important security checks" have been added to fix the problem.

"The security issue remains a concern only when the jsonwebtoken library is used in an insecure way," the maintainers said in an advisory. "In such a scenario, if all the prerequisites are met, the issue may be exploitable; however, the source of this risk is the calling code and not the library itself."

A high-severity security flaw has been disclosed in the open source jsonwebtoken (JWT) library that, if successfully exploited, could lead to remote code execution on a target server.

jsonwebtoken, which is developed and maintained by Okta's Auth0, is a JavaScript module that allows users to decode, verify, and generate JSON web tokens as a means of securely transmitting information between two parties for authorization and authentication. It has over 10 million weekly downloads on the npm software registry and is used by more than 22,000 projects.

Therefore, the ability to run malicious code on a server could break confidentiality and integrity guarantees, potentially enabling a bad actor to overwrite arbitrary files on the host and perform any action of their choosing using a poisoned secret key. 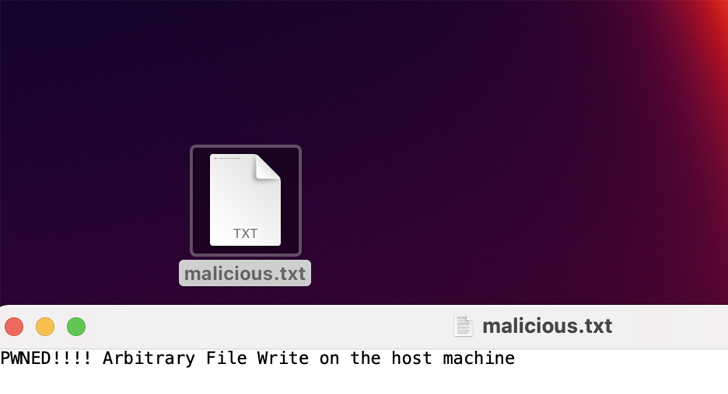 "With that being said, in order to exploit the vulnerability described in this post and control the secretOrPublicKey value, an attacker will need to exploit a flaw within the secret management process," Oleyarsh explained.

As open source software increasingly emerges as a lucrative initial access pathway for threat actors to stage supply chain attacks, it's crucial that vulnerabilities in such tools are proactively identified, mitigated, and patched by downstream users.

Making matters worse is the fact that cybercriminals have become much faster at exploiting newly revealed flaws, drastically shrinking the time between a patch release and exploit availability. According to Microsoft, it only takes 14 days on average for an exploit to be detected in the wild after public disclosure of a bug.

To combat this problem of vulnerability discovery, Google, last month, announced the release of OSV-Scanner, an open source utility that aims to identify all transitive dependencies of a project and highlight relevant shortcomings impacting it.