Your LinkedIn profile is your digital resume. Yesterday, LinkedIn launched a new app for for iOS devices called Intro 'LinkedIn Intro'. With this feature an email on your iPhone will display a picture of the sender, with useful profile info from LinkedIn.

Basically, to use the service, a LinkedIn user must route all of their emails (any provider i.e. Hotmail, Gmail, Yahoo, etc.) through LinkedIn's 'Intro' servers, which will inject fancy business centric HTML profile right in your emails, as shown.
But this also means that LinkedIn is now able to read the complete content of your emails and also can store the passwords to users' external email accounts. The feature is enough to destroy the security and privacy of your mails. 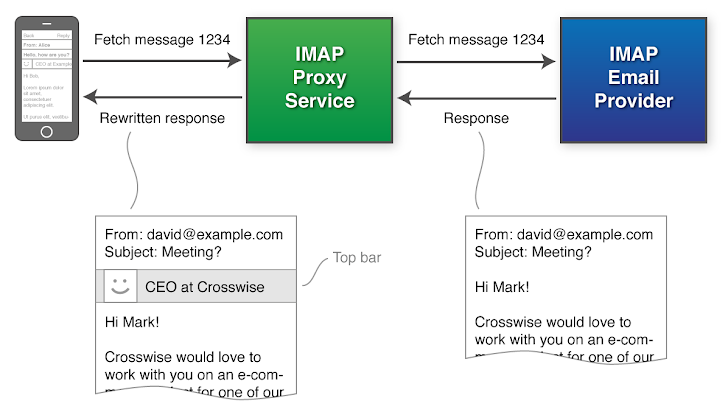 Another point to be noted that, Apple does not provide any APIs or frameworks for developers that would allow this kind of modification of its interface. Instead, LinkedIn is acting as a 'man in the middle' by intercepting your email to inject that HTML code.

LinkedIn said that, during installation, the servers temporarily cache your password in order to add a new Mail account to your device, and your password is only cached for the length of time it takes to install Intro, and never for more than two hours.

But is it secure? Amidst this criticism, Senior Software Engineer for LinkedIn Martin Kleppmann wrote a blog post explaining how the service's security isn't something people should be worried about. 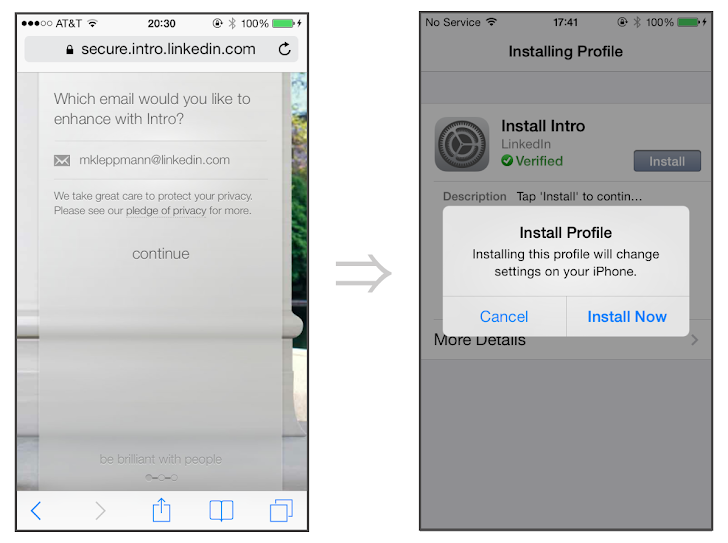 He said, in order to use the feature user have to Install 'Inro' app manually with his wish and Usernames, passwords, OAuth tokens, and email contents are not permanently stored anywhere inside LinkedIn data centers. Instead, these are stored on your iPhone.

Even, LinkedIn also sniffs the contents of users' iOS calendars, including sensitive information such as confidential meeting notes and call-in numbers, which they then transmitted in plain text, not encrypted.

But in the future, Will they do not comply with so-called U.S Secret orders to intercept user emails for NSA intentionally under low pressure ? Obviously they are and they will !