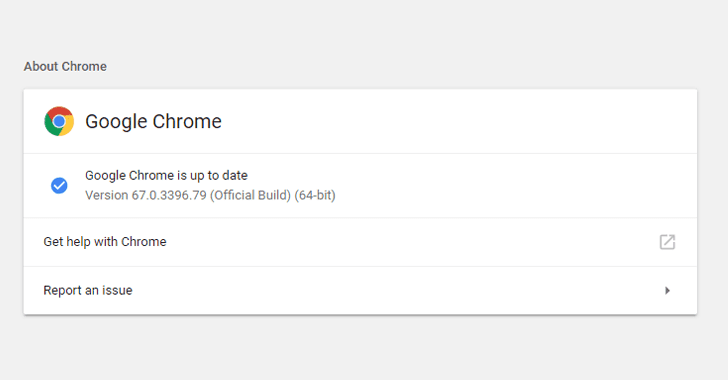 You must update your Google Chrome now.

Security researcher Michał Bentkowski discovered and reported a high severity vulnerability in Google Chrome in late May, affecting the web browsing software for all major operating systems including Windows, Mac, and Linux.

Without revealing any technical detail about the vulnerability, the Chrome security team described the issue as incorrect handling of CSP header (CVE-2018-6148) in a blog post published today.


"Access to bug details and links may be kept restricted until a majority of users are updated with a fix. We will also retain restrictions if the bug exists in a third party library that other projects similarly depend on, but haven't yet fixed," the Chrome security team notes.

Content Security Policy (CSP) header allows website administrators to add an extra layer of security on a given web page by allowing them to control resources the browser is allowed to load.

Mishandling of CSP headers by your web browser could re-enable attackers to perform cross-site scripting, clickjacking and other types of code injection attacks on any targeted web pages.

The patch for the vulnerability has already been rolled out to its users in a stable Chrome update 67.0.3396.79 for Windows, Mac, and Linux operating system, which users may have already receive or will receive over the coming days/weeks.

So, make sure your system is running the updated version of Chrome web browser. We'll update the article, as soon as Google releases further update.

Firefox has also released its new version of the Firefox web browser, version 60.0.2, which includes security and bug fixes. So, users of the stable version of Firefox are also recommended to update their browser.