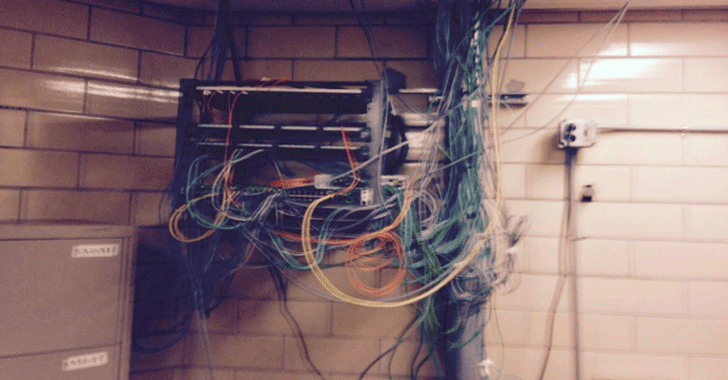 Can you imagine your world without the Internet?

I know it's hard to imagine your life without the Internet, and the same was the case of two Ohio prisoners who built personal computers from parts from e-waste, hid them in the ceiling, and connected those PCs to the Internet via the prison's network.

The incident occurred in 2015 but has now been made public by the State of Ohio's Office of the Inspector General, which published a 50-page report [PDF] on Tuesday, following almost a year-long investigation.

According to the report, a prison work program has backfired two inmates of Marion Correctional Institution in Ohio, Florida, who smuggled computer parts from an e-waste recycling workshop and built two clandestine computers out of them.

The unsupervised inmates later hid the computers behind a plywood board in the ceiling of a training room, and then connected those working PCs to the Ohio Department of Rehabilitation and Correction (ODRC) network to access the Internet.

But once the inmates got online, unsurprisingly, they used their skills to break the law.

The prisoners accessed the internal records of other inmates, created inmate passes for restricted areas, accessed websites with information about manufacturing drugs, weapons, and explosives, and apply for credit cards under another prisoner's name for a planned tax fraud scheme, Ohio's government watchdog said.

The scheme was discovered after prison technology employee Gene Brady alerted about unusual levels of internet activity on a contractor's account on days when the employee was not scheduled to work.

Ultimately, a total of five inmates were identified as being involved with the hidden computers during the investigation:
All the five inmates have now been separated and moved to other correctional facilities.


"We will thoroughly review the reports and take any additional steps necessary to prevent these types of things from happening again," the ODRC said in a statement.


"It's of critical importance that we provide necessary safeguards in regards to the use of technology while still providing opportunities for offenders to participate in meaningful and rehabilitative programming."

The Marion Correctional Institution (MCI), which houses nearly 2,500 inmates, operates many programs to educate or provide services to the community, including the MCI Green Initiative to revamp the institution's trash and recycling processes.