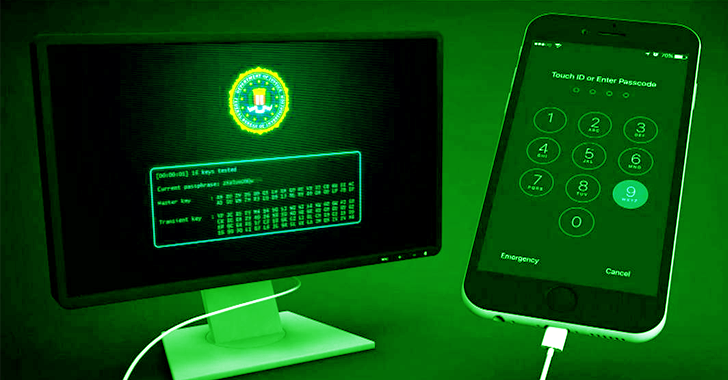 Although everyone, including Apple, was worried about the iPhone hacking tool used by the Federal Bureau of Investigation (FBI) to access data on iPhone belonged to the San Bernardino shooter, the FBI director said the hack does not work on an iPhone 5S or later.

FBI Director James Comey said Wednesday that the agency was able to avoid a prolonged legal battle with Apple by buying a tool from a private source to hack into terrorist Syed Farook's iPhone 5C.

Apple was engaged in a legal battle with the Department of Justice (DOJ) for a month over a court order that forces the company to write new software, which could disable passcode protection on Farook's iPhone to help them access data on it.

Apple refused to comply with the order, so the FBI worked with a third-party firm, most likely the Israeli mobile forensic firm Cellebrite, and was successfully able to access data on the locked iPhone used in the San Bernardino shooting incident last year.

But speaking to the audience during a keynote address at the biennial political science conference at Kenyon College in Ohio, Comey said the FBI's new method for unlocking iPhones does not work on most iPhone models, according to CNN.


"It's a bit of a technological corner case, because the world has moved on to [iPhone] 6's," Comey said, describing the flaw in response to a question. "This doesn't work on sixes, doesn't work on a 5S. So we have a tool that works on a narrow slice of phones. I can never be completely confident, but I'm pretty confident about that."

Reportedly, the FBI agreed to help the Police in Arkansas in the homicide case by unlocking an iPhone and iPod belonging to two teens accused of killing a couple.

Besides this, the agency was trying to solve another Brooklyn case, in which an iPhone 5S that runs iOS 7 was seized in the course of a drug investigation.

But now it seems that the FBI may have to find out other options to solve its pending cases that involve newer iPhones.

Although Comey didn't elaborate on why its new hack didn't work on more advanced iPhones, it is very likely due to the Secure Enclave protections that Apple implemented with the 5S' A7 chip, which is present in all later iPhones.

This isn't the only issue bothering the FBI. Now WhatsApp supports end-to-end encryption by default for its over 1 Billion global users, which is why the FBI is worried that criminals and terrorists will take advantage of this move to hide their crime- or terrorism-related communications.

According to FBI General Counsel James Baker, the decision by the Facebook-owned messaging app to end-to-end encrypt its global offerings presents them with "a significant problem" because terrorists and criminals could "get ideas."