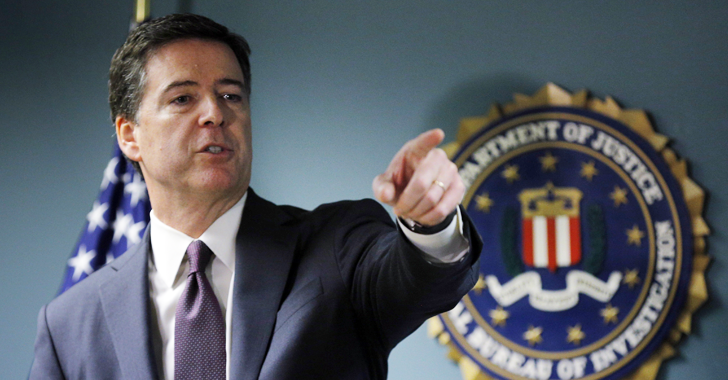 The Department of Justice (DoJ) has warned Apple that it may force the tech giant for handing over the source code to the complete operating system if it does not help the Federal Bureau of Investigation (FBI) unlock the San Bernardino shooter's iPhone.

However, Apple CEO Tim Cook has said explicitly that providing a backdoor would likely open up the company's iPhones to not just the federal agents, but also to malicious hackers who could use it for evil purposes.

On Thursday, Apple and the FBI head to another court hearing on the San Bernardino iPhone case.

The DOJ's latest 43-page brief filing contains an implicit threat that if Apple does not create the vulnerable version of its iOS operating system needed to bypass the passcode protection on the terrorist iPhone 5C, the government could force the tech giant to hand over both:
...so that the FBI's own programmers could create its own backdoored version of iOS with the security features stripped out and then stamped it with Apple's electronic signature.

The DOJ filing reads in part:

"For the reasons discussed above, the FBI cannot itself modify the software on Farook's iPhone without access to the source code and Apple's private electronic signature. The government did not seek to compel Apple to turn those over because it believed such a request would be less palatable to Apple. If Apple would prefer that course, however, that may provide an alternative that requires less labor by Apple programmers."

The DoJ then goes on to cite a previous court ruling in which Ladar Levison – the owner of the secure email service Lavabit used by whistleblower Edward Snowden – was hit with contempt sanctions for failing to comply with a court order requiring assistance on encrypted email which included "producing a private SSL encryption key."

Meanwhile, Polk County Sheriff Grady Judd told reporters that he would have jailed the CEO of Apple for not assisting the FBI to unlock the terrorist's iPhone.

Needless to say, Apple's top lawyer Bruce Sewell categorized the filling as an offensive attempt to "vilify Apple" on unsubstantiated theories with "false accusations and innuendo."

"Everyone should beware, because it seems like disagreeing with the Department of Justice means you must be evil and anti-American," Sewell said in a statement. "Nothing could be further from the truth."

Both sides are playing too hard, in both the legal battle as well as rhetoric. The DOJ yesterday accused Apple of being "false" and "corrosive" and Apple responded by accusing the government to become "so desperate at this point that it has thrown all decorum to the wind."