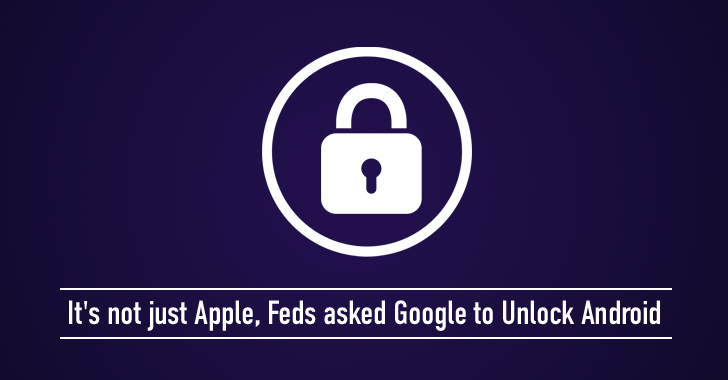 The legal battle between Apple and the FBI (Federal Bureau of Investigation) over a locked iPhone that belonged to one of the San Bernardino shooters may be over, but the Department of Justice (DoJ) are back in front of a judge with a similar request.

Yes, Apple is not the only company facing government requests over privacy and security — Google is also in the list.

The Google court documents released by the ACLU show that many federal agencies have been using the All Writs Act – the same ancient law the DoJ was invoking in the San Bernardino case to compel Apple to help the FBI in the terrorist investigation.

Additionally, the ACLU also released 54 court cases in which the federal authorities asked Apple for assistance to help them access information from a locked iPhone. However, this is the first time it has confirmed that Google has also received such requests.

All the cases appear to be closed, and the company is believed to have complied with all of the court orders. As in the majority of cases, Google was required to reset the passwords or bypass the lock screens of Samsung, HTC phones, Kyocera and Alcatel, among a number of other unidentified Android devices.


In 2015, the New York District Attorney revealed that Google can remotely reset Android device password, in case a court demands access to it.

In other words, unlike Apple, Google has technical abilities to reset device passcode for about 74% of Android users (~Billions) running all versions older than Android 5.0 Lollipop that does not have full disk encryption.

Google had been ordered for technical assistance by many federal agencies over several cases including:
However, Google said none of the cases required the company to write new backdoored software for the federal government.


"We carefully scrutinize subpoenas and court orders to make sure they meet both the letter and spirit of the law," a Google spokesman said in a statement. "However, we have never received an All Writs Act order like the one Apple recently fought that demands we build new tools that actively compromise our products' security….We would strongly object to such an order."

No doubt, 1789 All Writs Act is being misused as a tool against encryption, which was never intended to allow the government to dictate software design.