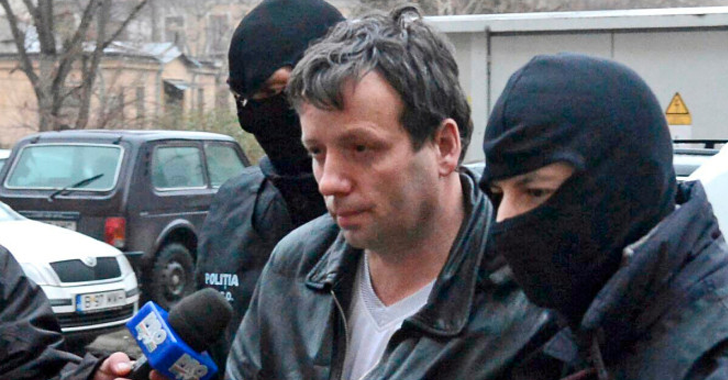 Marcel Lazar Lehel aka "Guccifer" – an infamous Romanian hacker who hacked into the emails and social networking accounts of numerous high profile the US and Romanian Politicians – appeared in the United States court for the first time after extradition.

Following Romania's top court approval last month, Guccifer was extradited to the United States recently from Romania, his home country, where he had already been serving a hacking sentence.

Lehel has been charged with cyber-stalking, unauthorized access to a protected computer and aggravated identity theft in a nine-count indictment filed in 2014 in a federal district court in Alexandria, the U.S. Justice Department said in a statement.

Lehel "hacked into the email and social media accounts of high-profile victims, including a family member of two former U.S. presidents, a former U.S. Cabinet member, a former member of the U.S. Joint Chiefs of Staff and a former presidential advisor," according to the indictment.

The international black hat hacker came to the limelight after allegedly accessing personal emails and photos belonging to the family of former US President George W. Bush and posting unofficial emails sent to then-Secretary of State Hillary Clinton on the Internet.

Possible Sentence of 20 years in Prison


Lehel has been charged with a total of 9 counts of US-Federal indictments, which includes:
Though the total sentence is not confirmed, the charges Guccifer faces collectively carry with them a possible sentence of maximum 20 years in prison, Assistant U.S. Attorney Maya Song said in court Friday.

If you want to explore more about the Guccifer Hacks or Leaks, you may visit the website named 'The Smoking Gun' to which he published the leaked contents (don't expect a Wikileaks model).

Guccifer was serving as a Taxi Driver when Romania's DIICOT anti-organized crime and terrorism unit arrested him.

Guccifer was sentenced for intrusion charges to popular profiles by the Romanian court to four years in jail in 2014 "with the aim of getting ... confidential data" and is serving another three-year term for other offenses.

Guccifer kickstarted his career as a Hacker at the age of 35. Interestingly, a documentary had been prepared by the Norton Groups on Guccifer, which details his hacking career.