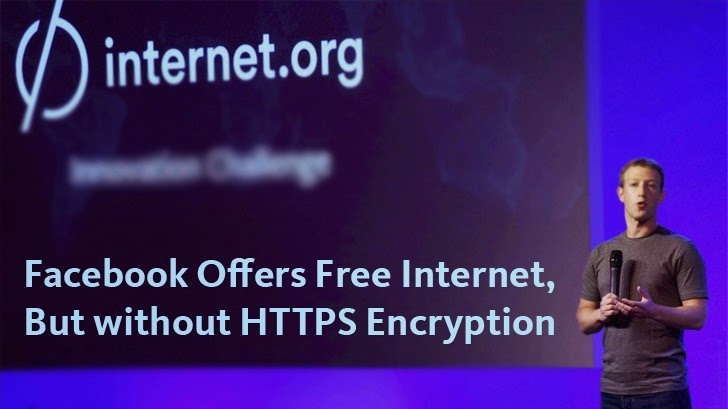 After facing much criticism for violation of Net Neutrality, Facebook has opened up its new Internet.org platform to developers for creating their apps and services in India and other countries.

Facebook's Internet.org aims at offering free Internet access to "the next 5 billion" impoverished people around the world who currently don't have it.

This current move now would potentially allow any website to be accessed for free via the Internet.org service, but only in the case, if the website ditches the encrypted communications (HTTPS), JavaScript, and other important things.

However, in order to access the free Internet, users must have special Android apps, Internet.org's website, the Opera Mini web browser or Facebook's Android app.

Until now, the Internet.org scheme had been limited to a few number of websites and services, which include the Facebook, Wikipedia, BBC News, Accuweather, the Facts for Life health site run by the United Nations Children's Fund and some selected local news and sports results providers.

A number of companies in India pulled themselves out of Internet.org scheme as it directs online users toward a limited set of services.

But now, this scheme is widely open for all developers who can join what is being called the Internet.org Platform and create their services to be delivered through Internet.org.

However, it is not as simple as it sounds.

There are some limitations on what the developers can offer. The social media giant has set some rules and regulations, among those include:

The major issue with the platform remains. Internet.org turns out to be a privacy nightmare for users as the platform will not support encryption, which makes easier for anyone to snoop on the poor online users.

However, Zuckerberg commented on his Facebook status to reply a user that HTTPS via Internet.org is going to "happen soon." 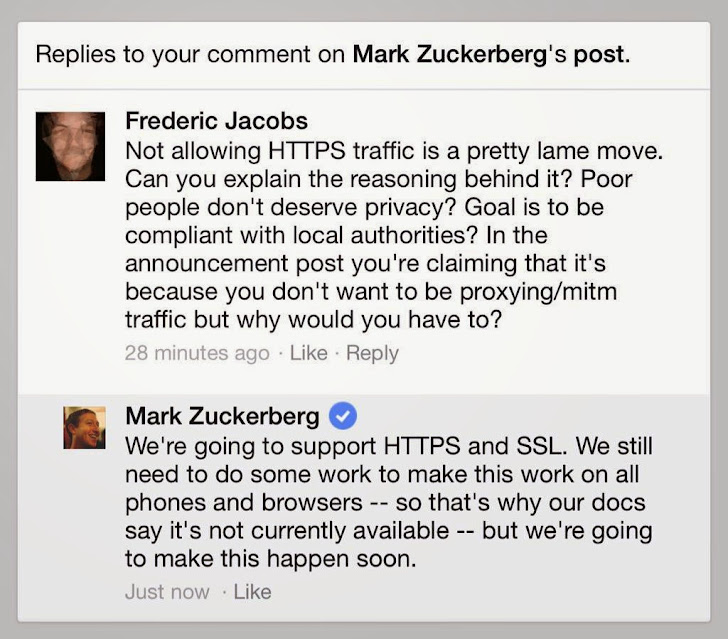 The move comes just a few days after Mark Zuckerberg himself targeted for trampling all over Net Neutrality principles with his Internet.org scheme.

Many activists suggested that Zuck's scheme of free Internet for all compromises the principles of Net Neutrality, as it supports access to some websites and apps over others.

However, Zuck said in an online video announcing the new Internet.org platform that "Internet.org was not sustainable to offer the whole Internet for free [because that may] cost tens of billions of dollars every year to run the Internet, and no operator could afford this if everything were free."

However, Internet.org platform is sustainable to build free basic services and applications that are simpler to use with less mobile data pack, as well as work on all low-end mobile phones.