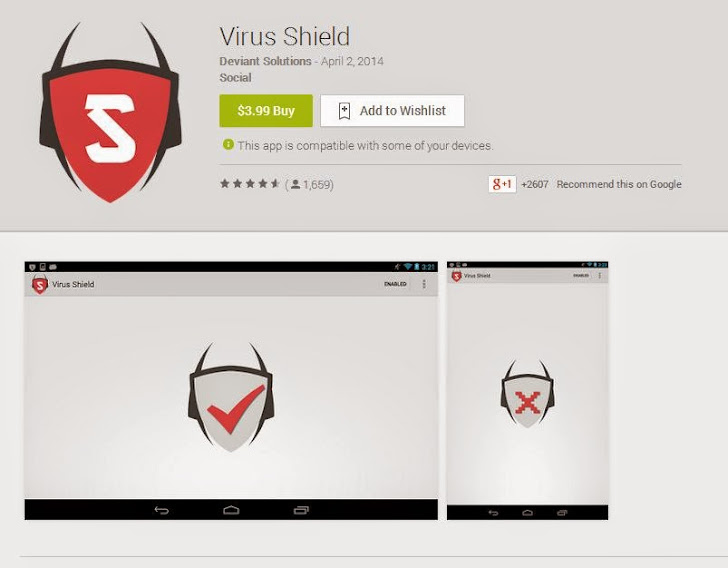 Well, we all are very conscious, when it comes to the security of our personal information, security of our financial data and security of everything related to us. In the world of Smart devices where our Smartphones knows more than we know ourselves.

To keep our device protected from harmful viruses, malware or spyware, we totally depend on various security products such as antivirus, firewall and privacy guard apps, that we typically install from some trusted sources, Google Play Store. Most Antivirus apps are available to download for free, but some of them are paid with extra premium features like advance firewall protection, anti theft, App Locker or Cloud Backup etc.

But do you believe that just because you're downloading an application from an official app store and also if its a premium paid version, you're safe from malicious software? Think twice.

PAID, BUT FAKE ANTIVIRUS APP
In Past, Mobile Security Researchers had spotted numerous fake mobile antivirus scanners that were available for free download at Google's Play marketplace, but its the first time when a cyber criminals are offering a fake, but paid Antivirus Solution called 'Virus Shield' for your Android device at Google's play store.

Virus Shield masquerade itself as an antivirus that claims to "protect you and your personal information from harmful viruses, malware, and spyware" and also "Improve the speed of your phone," which it does with just a click.

Moreover, it claims to have least effect on battery, run in the background, and in addition it also acts as adblock software that will stop those "pesky advertisements," which we deal every day.

MORE THAN $40,000 FRAUD AT GOOGLE PLAY STORE
Virus Shield antivirus app costs $3.99, and has been on the Google Play Store for just over a week and has already been successfully downloaded more than 10,000 times by Smartphones users with a 4.7 star review from 1,700 people, that means total amount received by developer is more than $40,000.

Even 2,607 users had hit the Google "recommend" button, which means that the antivirus app must be doing great to users who look for trusted and efficient antivirus app to secure their devices.

WHAT A SCANNER - VIRUS SHIELD
Surely it doesn't scan or detect anything. Android Police has discovered that the app only changes a red "X" graphic to a red "check" graphic, that's it, nothing less or more. 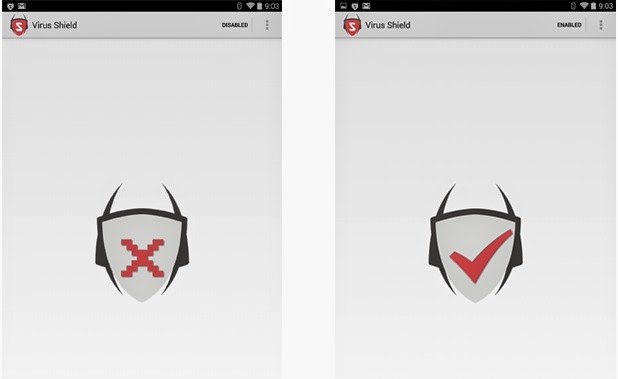 The virus shield antivirus app is a total scam and it doesn't scan or secure your device, which means thousands of users have been scammed out of their money.

When the creator (email : Jesse_Carter@live.com) tracked down by the investigators, it revealed that the creator was a well known scammer who was also accused and banned from forums for trying to scam people out of various low-valued online game items.

You can check out the code for yourself from here, as the android police have decompiled the app and mirrored the java code on GitHub.

HOW TO PROTECT YOURSELF
There is no such way to protect you from these kinds of fraudsters. All you can do is report the Virus Shield via the Play Store app by listing the app's "flag as inappropriate," then tap "other objection" and write about the app's fraud to users. Alternatively, you can report it on the web. Users are advised to only download applications from known and trusted publishers.