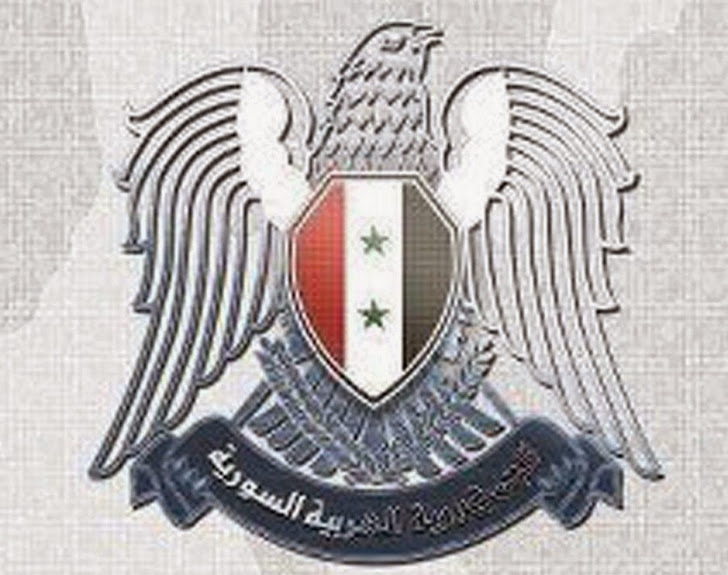 The Pro-hacker group, very well known as Syrian Electronic Army (SEA) aligned with president Bashar al-Assad, had recently taken down Forbes Website, sending a reminder to the international community that cyber warfare is alive and well, and this time the group has targeted U.S Central Command (CENTCOM).

Just a few minutes ago the SEA group has uploaded a screenshot and claims that they have compromised central repository of CENTCOM. From the screenshot, it appears that the group has hacked into the repository of Army Knowledge Online (AKO), which provides web-based enterprise information services to the United States Army, joint, and Department of Defense customers.

"This is part of an on-going operation and we have already successfully penetrated many central repositories. #SEA" Hacking Group tweeted.

The Group has threatened to expose hundreds of secret documents that the group has obtained from the recent hack.


"In the coming days we will update you with specific details and hundreds of documents that the #SEA has obtained."

At this time, it is not much clear that the Group has successfully compromised CENTCOM central repository or AKO or both, but they have mentioned that the US president Obama's decision to attack Syria with electronic warfare is the main reason behind targeting CENTCOM. 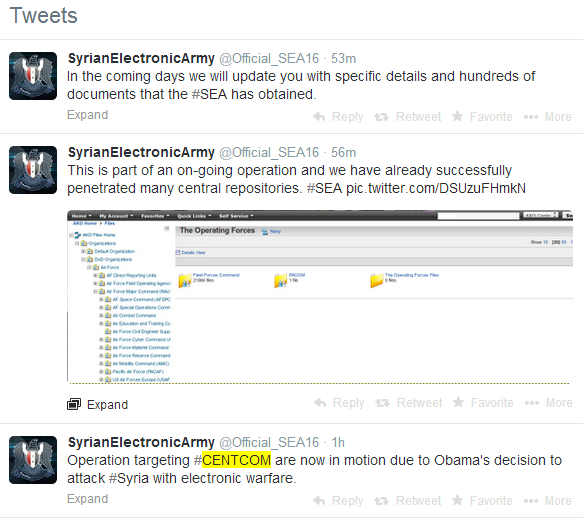 The US Central Command (CENTCOM) is one of nine unified commands in the United States military. Six of these commands, including CENTCOM, have an 'area of responsibility' (AOR), which is a specific geographic region of the world where the combatant commanders may plan and conduct operations as defined under the Unified Command Plan.

The group has given warning in advance at the end of last month, on 28th February via a tweet, "The next attack will prove that the entire US command structure was a house of cards from the start,".

On asking, The Hacking Group denied to provide any comment or details about the recent attack. The SEA group is popular for its advance phishing attack and had purposely targeted many serious targets like Microsoft, Obama, Facebook, CNN, eBay and PayPal's twitter accounts & websites in the past and now CENTCOM is suffering the hack.

The Syrian Electronic Army group is notorious for hacking usually Western media. They have targeted media sites, including the New York Times, The Washington Post, the Financial Times, the AP, The Guardian, and Twitter over the past year.