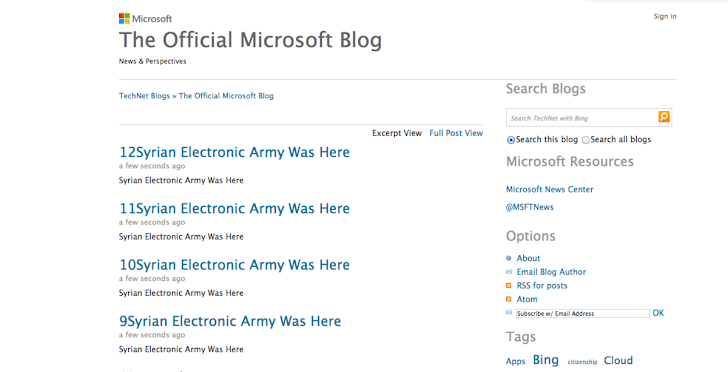 It could be the worst day ever for Microsoft's patch management and Incident response team.

They also defaced the Microsoft's TechNet blog (blogs.technet.com), and posted deface not over the blog. Microsoft says the situation is under control and no customer data was compromised.

It seems that hackers have more internal access to the mailer system of the Microsoft, as they shared a screenshots of the internal communications between Microsoft's Public relations team and Steve Clayton, who is the manager in charge of Microsoft's corporate media platforms.

Last week, the SEA hacked Skype's blog and official twitter page, to spread the information about the NSA spying i.e. "Hacked by Syrian Electronic Army.. Stop Spying!" and today we have seen similar tweets from the Microsoft's News account. 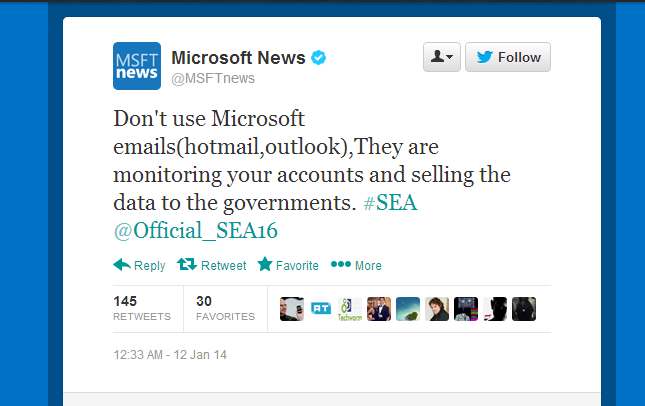 The hacked tweets were visible on Microsoft's Twitter account for at least an hours, but have since been deleted. For the time being, their blog is also down for maintenance.

Stay tuned to +The Hacker News for information about the hack, we will update shortly.