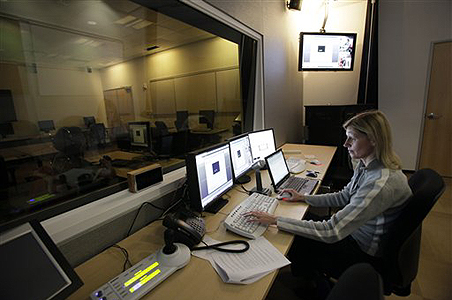 In their passionate commitment to creating, and their openness to sharing ideas, hackers see their online exploits as "a form of participation in the 'work' of God in creation," Jesuit priest Father Antonio Spadaro wrote in the Vatican magazine Civilta Cattolica, Network World reported.

Citing the "joyful application of intelligence to problem solving" they demonstrate, and their ingrained rejection of competition, profit and authority, Spadaro said hackers are aligned with the teachings of Christianity.
"Under fire are control, competition, property," Spadaro said. It's a mindset, he said, that has "a clear theological origin." (However, citing technology writer Eric S. Raymond, Spadaro said hackers shouldn't be confused with "crackers"— the former builds things and the latter breaks them, Raymond wrote.)

A small and ironic wrinkle in the godly hacker theory exists, however. Spadaro admitted there is a clear discrepancy between the Catholic Church's hierarchy and the hackers' opposition to any similar knowledge pecking order.