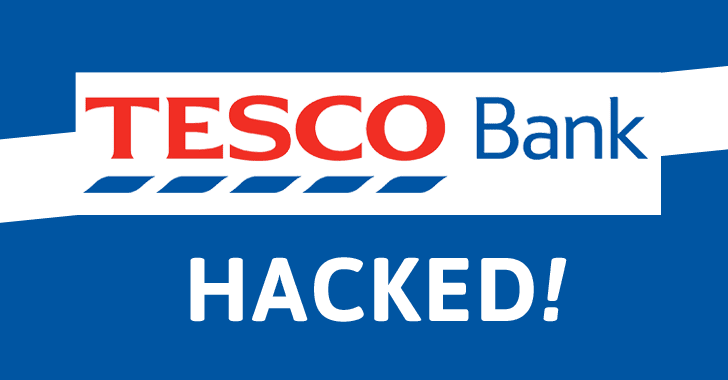 November 07, 2016Mohit Kumar
Almost 20,000 Tesco Bank customers have had their money stolen from their accounts after the banking arm of UK's biggest retailer fall victim to a hacking attack this weekend. As a result of the hack, Tesco Bank has frozen online transactions in an attempt to protect its customers from, what it described as, the " online criminal activity. " However, customers can still use their debit and credit cards for cash withdrawals and card-based payments. Tesco Bank has not disclosed any details of the cyber attack or how accounts had been compromised, but Benny Higgins, chief executive of Tesco, confirmed that the hack affected 40,000 of its 136,000 accounts, half of which had already been used to withdraw money fraudulently over the weekend. The bank would not disclose the total amount stolen from the accounts, but confirmed that the amount stolen was a " big number but not a huge number. " If you have been affected by this incident, don't worry! Higgins has apo
Next Page 