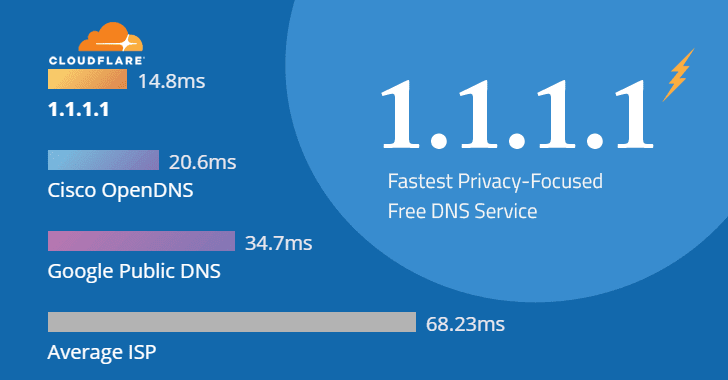 How to Make Your Internet Faster with Privacy-Focused 1.1.1.1 DNS Service

April 02, 2018Mohit Kumar
Cloudflare, a well-known Internet performance and security company, announced the launch of 1.1.1.1 —world's fastest and privacy-focused secure DNS service that not only speeds up your internet connection but also makes it harder for ISPs to track your web history. Domain Name System (DNS) resolver, or recursive DNS server, is an essential part of the internet that matches up human-readable web addresses with their actual location on the internet, called IP addresses. For example, when you try to open a website, say thehackernews.com, your DNS looks up for the IP address linked to this domain name and load the site. Since the default DNS services provided by ISPs are often slow and insecure, most people rely on alternative DNS providers—such as OpenDNS (208.67.222.222), Comodo DNS (8.26.56.26) and Google (8.8.8.8), to speed up their Internet. But if you use Cloudflare new 1.1.1.1 DNS service , your computer/smartphone/tablet will start resolving domain names within a bla 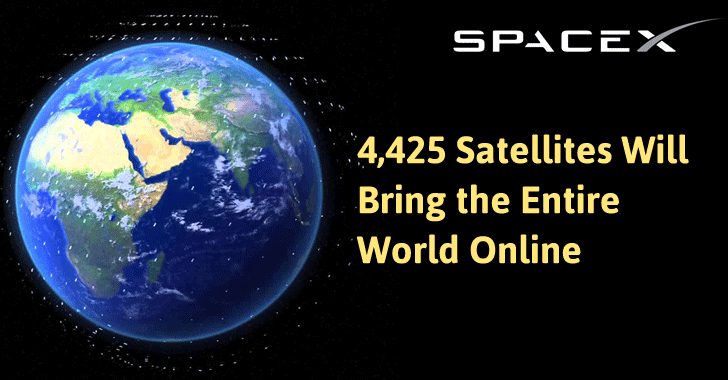 November 18, 2016Mohit Kumar
Big tech companies, including Facebook, Google, and Microsoft, are in the race of bringing Internet connectivity to unconnected parts of the world through wireless devices , flying drones , high-altitude balloons, and laser beams . But, SpaceX founder Elon Musk has big plans for bringing low-cost Internet service worldwide, and it all starts in space. Private rocket launch service SpaceX has asked the U.S. government for permission to launch 4,425 satellites in orbit to beam high-speed Internet down to the world, according to a newly filed application with the Federal Communications Commission (FCC). That's a hell of a lot of satellites; in fact, the figure surpasses the total number of satellites in the Earth's orbit. Here's what the company's 102-page technical document reads: "The system is designed to provide a wide range of broadband and communications services for residential, commercial, institutional, governmental and professional users world 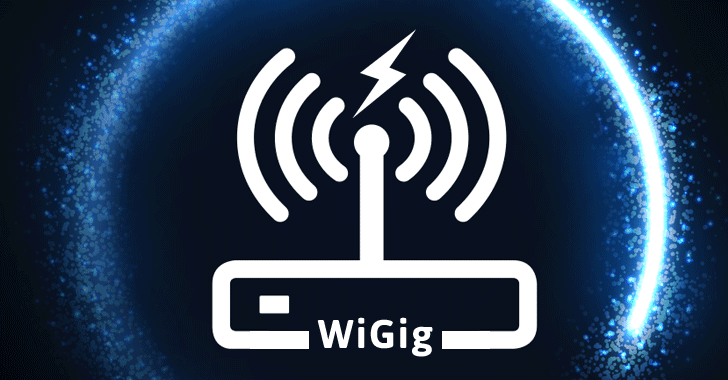 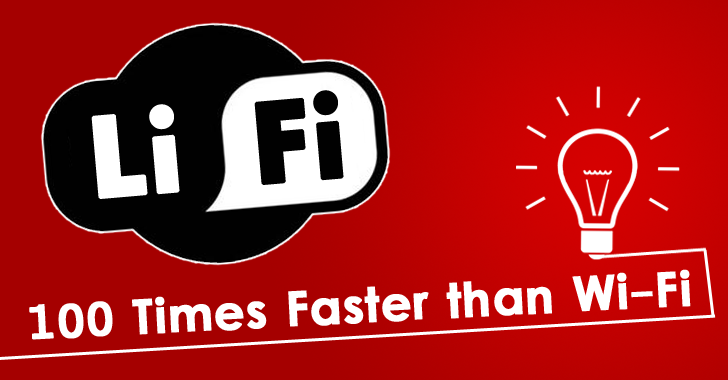 November 26, 2015Mohit Kumar
Yes, it's time to shift from Wi-Fi to Li-Fi — an alternative technology that is 100 times faster than the average speeds of Wi-Fi . Scientists have just field-tested the new wireless technology called Li-Fi for the first time and achieved marvelous wireless speeds that are 100 times faster than current WiFi speeds. What is Li-Fi Technology? Li-Fi is a new wireless technology that transmits high-speed data using light (i.e. Visible Light Communication or VLC) rather than radio bands. In short, Li-Fi is a Super-Fast alternative to Wi-Fi. Earlier this year, scientists achieved mind-blowing speeds of 224 gigabits per second (Gbps) in the lab using Li-Fi. It's believed that this technology has the potential to change everything about the way we use the Internet today. And Yes, it will. Test Results: Li-Fi is 100 times Faster than Wi-Fi An Estonian startup company called Velmenni took the technology out of the laboratories and into the real- 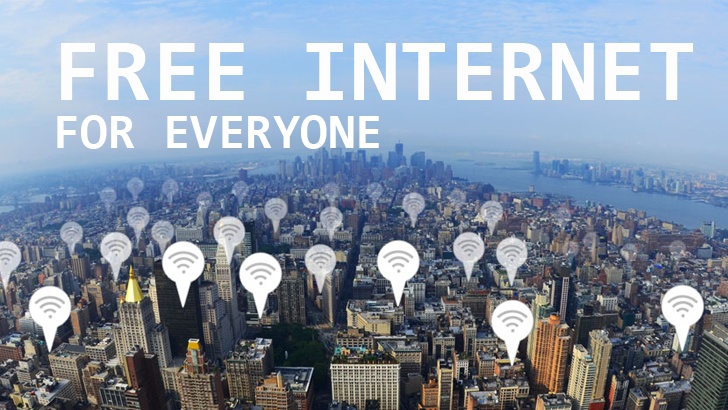 June 28, 2015Swati Khandelwal
Imagine a city with Wi-Fi hotspot. Now imagine that it is free as well. This won't be just an imagination for long as Google has unveiled its new plan to bring Free, Superfast Wi-Fi to cities around the world. Sidewalk Labs, a Google-owned company that focuses on improving city living through technology innovations, has announced that the company will roll out free WiFi to everyone in New York City around September this year. But, How will the company do this? Google-backed Sidewalk Labs will convert over 10,000 New York's old phone booths into ad-supported " Wi-Fi pylons ." These booths will offer free wireless Internet access to anyone within 150 feet of radius. Sidewalk Labs is leading a group of investors acquiring Control Group and Titan , companies working to cover New York City with Free, Superfast Wi-Fi service. Besides offering free Wi-Fi, the booths are also intended to provide free cell-phone charging, free domestic phone calling 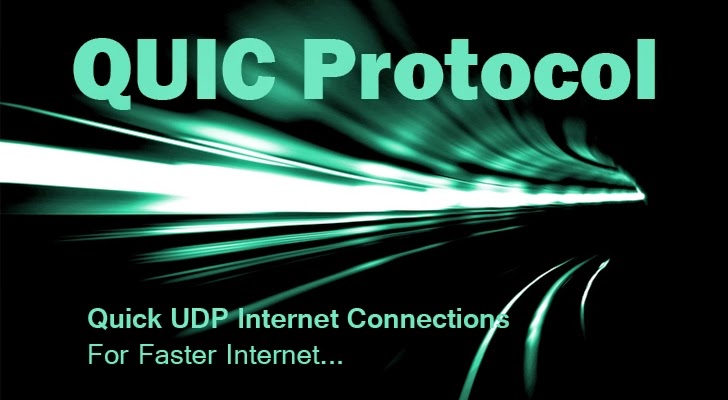 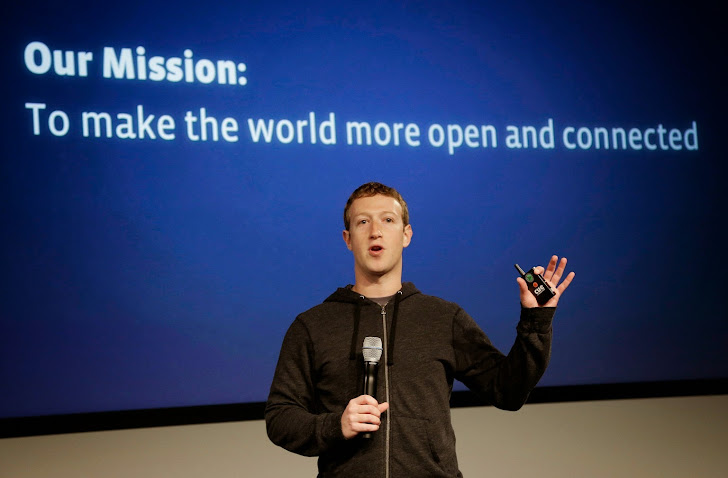 July 08, 2014Wang Wei
Facebook founder Mark Zuckerberg has a dream to make Internet access available to everyone across the world - Zuckerberg argues Internet should be a service as essential as of 911 in the case of an emergency. In a blog post published Monday in The Wall Street Journal , founder of the social networking giant highlighted the future of universal Internet access, along with the steps he thinks to achieve it. Today 2.7 billion people, just over one-third of the world's population, have access to the Internet, Zuck said, and the adoption has been growing at a very lower rate, by less than 9% each year. The rest of the world's 5 billion people who do not have access to Internet are lacking access due to issues such as high costs or improper infrastructure. One may think that Zuckerberg's vision sounds like a self-interested push to gain more users for its social networking service, Facebook. But its true that the world is currently facing a growing technological divide,
Next Page 
Popular This Week
Microsoft Brings Defender Antivirus for Linux, Coming Soon for Android and iOS
US Govt Warns Critical Industries After Ransomware Hits Gas Pipeline Facility
Scam Alert: You've Been Selected for 'Like of the Year 2020' Cash Prizes
Iranian Hackers Exploiting VPN Flaws to Backdoor Organizations Worldwide
Google Bans 600 Android Apps from Play Store for Serving Disruptive Ads
Ring Makes 2-Factor Authentication Mandatory Following Recent Hacks
Adobe Patches Critical Bugs Affecting Media Encoder and After Effects
Exclusive Offers