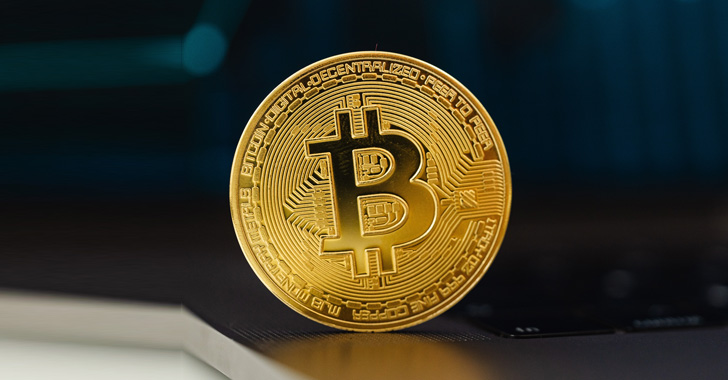 The U.S. Department of Justice (DoJ) on Monday said it seized 50,676 Bitcoin in November 2021 that was stolen in the 2012 hack of the now-defunct Silk Road dark web marketplace.

The bitcoin, which was obtained in 2012 and valued at $3.36 billion when it was discovered last year, is now worth $1.04 billion. Additionally recovered were $661,900 in cash, 25 Casascius coins with an approximate value of 174 Bitcoin, and gold- and silver-colored bars.

It's also one of the largest cryptocurrency seizures to date, followed by the confiscation of $3.6 billion worth of bitcoin earlier this February tied to the 2016 breach of the Bitfinex crypto exchange.

The Justice Department said it conducted the seizure on November 9, 2021, pursuant to a search warrant issued to James Zhong's house located in the U.S. state of Georgia. It also said the keys to the tokens were found in an underground floor safe and on a "single-board computer that was submerged under blankets in a popcorn tin stored in a bathroom closet."

The 32-year-old, on November 4, also pleaded guilty to one count of committing wire fraud in September 2012 when he unlawfully siphoned the cryptocurrency from Silk Road. The charge carries a maximum sentence of 20 years in prison.

"Mr. Zhong executed a sophisticated scheme designed to steal bitcoin from the notorious Silk Road marketplace," Tyler Hatcher, IRS-CI special agent in charge, said. "Once he was successful in his heist, he attempted to hide his spoils through a series of complex transactions which he hoped would be enhanced as he hid behind the mystery of the 'darknet.'"

Prior to its takedown in 2013, Silk Road flourished as a black market on the darknet for illegal drugs and other illicit goods and services, enabling criminal actors to launder funds passing through it. It was launched in February 2011.

In 2015, its founder Ross William Ulbricht was sentenced to life in prison, and one of its administrators, an Irish national named Gary Davis, was jailed for six-and-a-half years in July 2019.

Zhong, according to court documents, executed a scheme in September 2012 to defraud Silk Road by creating nine fraudulent accounts on the platform and triggering over 140 transactions to plunder more than 50,000 Bitcoin before transferring the funds to a number of wallets under his control.

While each of the nine accounts had an initial deposit that ranged anywhere between 200 and 2,000 Bitcoin, Zhong is estimated to have made a series of withdrawals in rapid succession with the goal of tricking Silk Road's processing systems into releasing more crypto than was originally deposited.

On top of that, Zhong received 50,000 Bitcoin Cash when bitcoin underwent a hard fork in 2017, all of which were subsequently exchanged for an additional 3,500 Bitcoin.