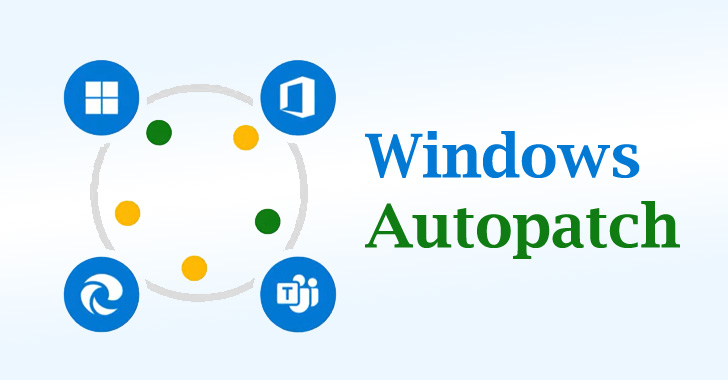 Microsoft on Monday announced the general availability of a feature called Autopatch that automatically keeps Windows and Office software up-to-date on enrolled endpoints.

The launch, which comes a day before Microsoft is expected to release its monthly round of security patches, is available for customers with Windows Enterprise E3 and E5 licenses. It, however, doesn't support Windows Education (A3) or Windows Front Line Worker (F3) licenses.

"Microsoft will continue to release updates on the second Tuesday of every month and now Autopatch helps streamline updating operations and create new opportunities for IT pros," Lior Bela said.

Autopatch works by applying security updates first to devices in what's called the Test ring, which contains a minimum number of representative devices. After a validation period, the updates are pushed to the First (1% devices), Fast (9%), and Broad (90%) rings.

The service was first teased by the tech giant in April 2022 in an attempt to apply Patch Tuesday updates in a timely fashion and prevent potential attack vectors.

Besides Windows 10 and 11 updates, Autopatch also covers Microsoft Edge and Microsoft 365 software, while enabling organizations to create testing rings, monitor updates, and even pause and roll back changes in the event any issues are encountered.

On top of that, the service incorporates provisions for an expedited release cadence should a threat be deemed critical (e.g., a zero-day flaw).

"Windows Autopatch aims to keep at least 95% of eligible devices on the latest Windows quality update 21 days after release," the company notes in its documentation.

"When running an expedited release, the regular goal [...] no longer applies. Instead, Windows Autopatch greatly accelerates the release schedule of the release to update the environment more quickly."