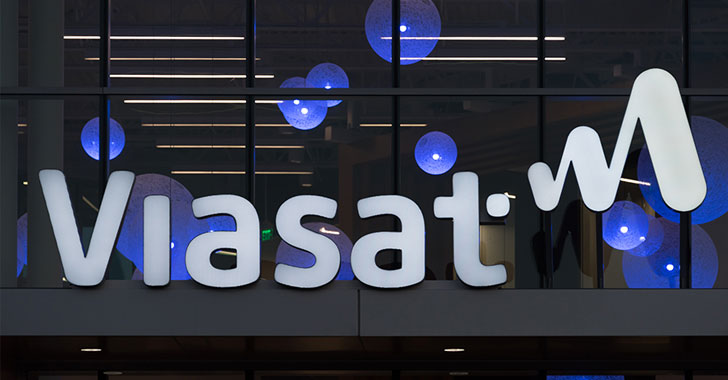 The cyberattack aimed at Viasat that temporarily knocked KA-SAT modems offline on February 24, 2022, the same day Russian military forces invaded Ukraine, is believed to have been the consequence of wiper malware, according to the latest research from SentinelOne.

The findings come a day after the U.S. telecom company disclosed that it was the target of a multifaceted and deliberate" cyberattack against its KA-SAT network, linking it to a "ground-based network intrusion by an attacker exploiting a misconfiguration in a VPN appliance to gain remote access to the trusted management segment of the KA-SAT network."

Upon gaining access, the adversary issued "destructive commands" on tens of thousands of modems belonging to the satellite broadband service that "overwrote key data in flash memory on the modems, rendering the modems unable to access the network, but not permanently unusable."

But SentinelOne said it uncovered a new piece of malware (named "ukrop") on March 15 that casts the entire incident in a fresh light – a supply chain compromise of the KA-SAT management mechanism to deliver the wiper, dubbed AcidRain, to the modems and routers and achieve scalable disruption.

AcidRain is fashioned as a 32-bit MIPS ELF executable that "performs an in-depth wipe of the filesystem and various known storage device files," researchers Juan Andres Guerrero-Saade and Max van Amerongen said. "If the code is running as root, AcidRain performs an initial recursive overwrite and delete of non-standard files in the filesystem." 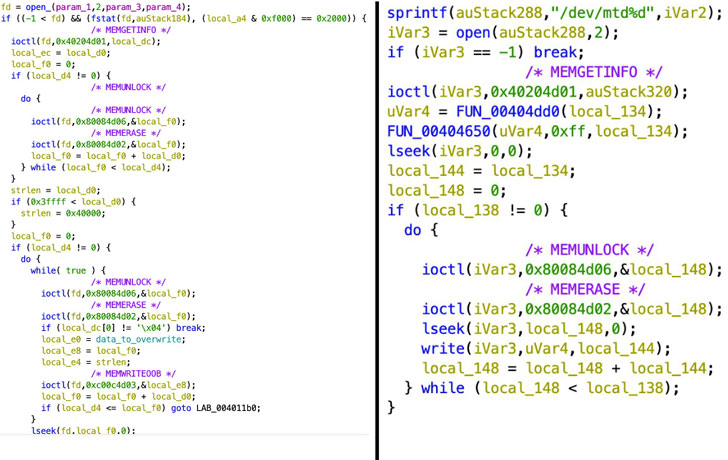 Once the wiping process is complete, the device is rebooted to render it inoperable. This makes AcidRain the seventh wiper strain to be uncovered since the start of the year in connection with the Russo-Ukrainian war after WhisperGate, WhisperKill, HermeticWiper, IsaacWiper, CaddyWiper, and DoubleZero.

Further analysis of the wiper sample has also uncovered an "interesting" code overlap with a third stage plugin ("dstr") used in attacks involving a malware family called VPNFilter, which has been attributed to the Russian Sandworm (aka Voodoo Bear) group.

That having said, it's still unclear how the threat actors gained access to the VPN. In a statement shared with The Hacker News, Viasat confirmed that data destroying malware was indeed deployed on modems using "legitimate management" commands but refrained from sharing further details citing an ongoing investigation.

The entire statement from the company is as follows –

The facts provided in the Viasat Incident Report yesterday are accurate. The analysis in the SentinelLabs report regarding the 'ukrop' binary is consistent with the facts in our report - specifically, SentinelLabs identifies the destructive executable that was run on the modems using a legitimate management command as Viasat previously described.

As noted in our report: "the attacker moved laterally through this trusted management network to a specific network segment used to manage and operate the network, and then used this network access to execute legitimate, targeted management commands on a large number of residential modems simultaneously."

Additionally, we don't view this as a supply chain attack or vulnerability. As we noted, "Viasat has no evidence that standard modem software or firmware distribution or update processes involved in normal network operations were used or compromised in the attack." Further, "there is no evidence that any end-user data was accessed or compromised."

Due to the ongoing investigation and to ensure the security of our systems from ongoing attack, we cannot publicly share all forensic details of the event. Through this process, we have been, and continue to cooperate with various law enforcement and government agencies around the world, who've had access to details of the event.

We expect we can provide additional forensic details when this investigation is complete.