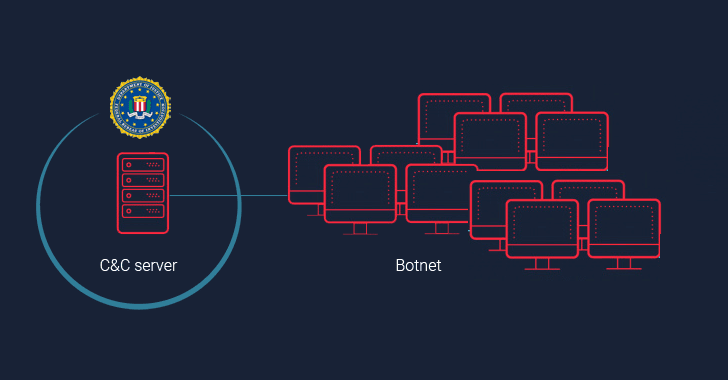 Shortly after Cisco's released its early report on a large-scale hacking campaign that infected over half a million routers and network storage devices worldwide, the United States government announced the takedown of a key internet domain used for the attack.

Yesterday we reported about a piece of highly sophisticated IoT botnet malware that infected over 500,000 devices in 54 countries and likely been designed by Russia-baked state-sponsored group in a possible effort to cause havoc in Ukraine, according to an early report published by Cisco's Talos cyber intelligence unit on Wednesday.

Dubbed VPNFilter by the Talos researchers, the malware is a multi-stage, modular platform that targets small and home offices (SOHO) routers and storage devices from Linksys, MikroTik, NETGEAR, and TP-Link, as well as network-access storage (NAS) devices.

Meanwhile, the court documents unsealed in Pittsburgh on the same day indicate that the FBI has seized a key web domain communicating with a massive global botnet of hundreds of thousands of infected SOHO routers and other NAS devices.

The hacking group has been in operation since at least 2007 and has been credited with a long list of attacks over the past years, including the 2016 hack of the Democratic National Committee (DNC) and Clinton Campaign to influence the U.S. presidential election.


"This operation is the first step in the disruption of a botnet that provides the Sofacy actors with an array of capabilities that could be used for a variety of malicious purposes, including intelligence gathering, theft of valuable information, destructive or disruptive attacks, and the misattribution of such activities," John Demers, the Assistant Attorney General for National Security, said in a statement.

Among other, Talos researchers also found evidence that the VPNFilter source code share code with versions of BlackEnergy—the malware responsible for multiple large-scale attacks targeting devices in Ukraine that the U.S. government has attributed to Russia.

VPNFilter has been designed in a way that it could be used to secretly conduct surveillance on its targets and gather intelligence, interfere with internet communications, monitor industrial control or SCADA systems, such as those used in electric grids, other infrastructure and factories, as well as conduct destructive cyber attack operations.

The seizure of the domain that is part of VPNFilter's command-and-control infrastructure allows the FBI to redirect attempts by stage one of the malware (in an attempt to reinfect the device) to an FBI-controlled server, which will capture the IP address of infected devices and pass on to authorities around the globe who can remove the malware.

Users of SOHO and NAS devices that are infected with VPNFilter are advised to reboot their devices as soon as possible, which eliminates the non-persistent second stage malware, causing the persistent first-stage malware on their infected device to call out for instructions.


"Although devices will remain vulnerable to reinfection with the second stage malware while connected to the Internet, these efforts maximize opportunities to identify and remediate the infection worldwide in the time available before Sofacy actors learn of the vulnerability in their command-and-control infrastructure," the DoJ said.

Moreover, always put your routers behind a firewall, and turn off remote administration until and unless you really need it.

If your router is by default vulnerable and can't be updated, it is time you buy a new one. You need to be more vigilant about the security of your smart IoT devices.