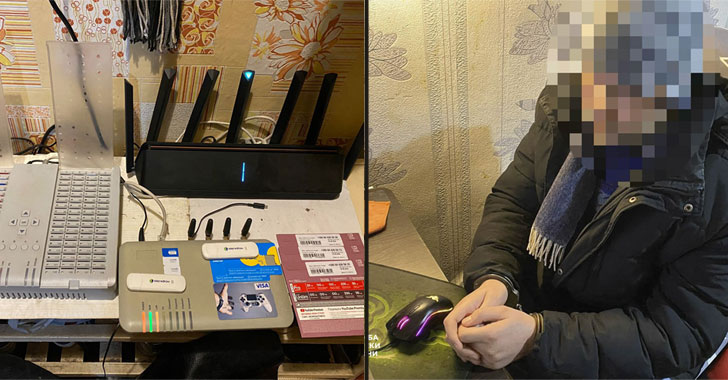 The Security Service of Ukraine (SBU) said it has detained a "hacker" who offered technical assistance to the invading Russian troops by providing mobile communication services inside the Ukrainian territory.

The anonymous suspect is said to have broadcasted text messages to Ukrainian officials, including security officers and civil servants, proposing that they surrender and take the side of Russia. The individual has also been accused of routing phone calls from Russia to the mobile phones of Russian troops in Ukraine.

"Up to a thousand calls were made through this hacker in one day. Many of them are from the top leadership of the enemy army," the SBU alleged, adding it confiscated the equipment that was used to pull off the operation.

Besides implicating the hacker for helping Russia make anonymous phone calls to its military forces based in Ukraine, the agency said the hacker passed commands and instructions to different groups of "Russian invaders."

"He will be held accountable for all the severity of the law. Because on it is the blood of tens or even hundreds of killed Ukrainians," read the translation of the announcement. 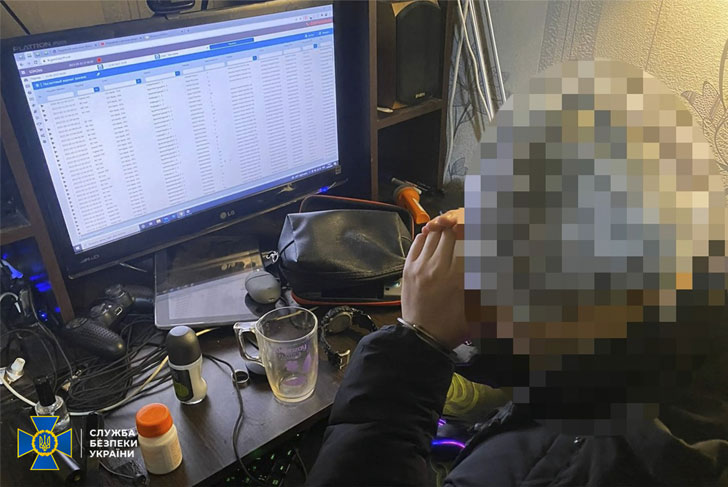 News of the detainment comes as a third strain of data-wiping malware dubbed "CaddyWiper" has been observed in attacks against several dozen systems in a limited number of organizations in Ukraine, close on the heels of HermeticWiper and IsaacWiper coinciding with Russia's invasion of Ukraine last month.

In a separate incident, Reuters last week reported of a cyber attack that disrupted broadband satellite internet access in Ukraine on February 24 between 5 a.m. and 9 a.m. EET, right around the time Russia commenced its full-scale invasion of the country. The digital sabotage crippled satellite modems that are part of Viasat's KA-SAT network.