Net neutrality is DEAD—3 out of 5 federal regulators voted Thursday to hand control of the future of the Internet to cable and telecommunication companies, giving them powers to speed up service for websites they favor or slow down others.

As proposed this summer, the US Federal Communications Commission (FCC) has rolled back Net Neutrality rules that require Internet Service Providers (ISPs) to treat all services and websites on the Internet equally and prohibit them from blocking sites or charging for higher-quality service.

What is Net Neutrality and Why Is It Important?


Net Neutrality is simply Internet Freedom—Free, Fast and Open Internet for all.

In other words, Net Neutrality is the principle that governs ISPs to give consumers access to all and every content on an equal basis, treating all Internet traffic equally.

Today, if there's something that makes everyone across the world 'Equal,' it is the Internet.

Equality over the Internet means, all ISPs have to treat major websites like Facebook and Google in the same way as someone's local shop website, and the wealthiest man in the world has the same rights to access the Internet as the poorer.

This is what "Net Neutrality" aims at. The FCC Chairman for the Trump administration, Ajit Pai, who has openly expressed his views against net neutrality, was previously quoted as saying that Net Neutrality was "a mistake."

Pai has previously argued that the 2015 regulations had discouraged internet providers from investing in their networks, as well as slowed the expansion of internet access.

On Thursday, the FCC's two Democrats voted to object the decision to repeal Net Neutrality, and the three Republican members, including Chairman Pai, Commissioner Brendan Carr, and Commissioner Mike O'Rielly, voted to overturn protections put in place in 2015.

Here's what all the three Republicans said in their remarks about their decision to repeal Net Neutrality:

"Prior to the FCC's 2015 decision, consumers and innovators alike benefitted from a free and open internet. This is not because the government imposed utility-style regulation. It didn't. This is not because the FCC had a rule regulating internet conduct. It had none. Instead through Republican and Democratic administrations alike, including the first six years of the Obama administration, the FCC abided by a 20-year bipartisan consensus that the government should not control or heavily regulate internet access," said Commissioner Carr.


"I sincerely doubt that legitimate businesses are willing to subject themselves to a PR nightmare for attempting to engage in blocking, throttling, or improper discrimination. It is simply not worth the reputational cost and potential loss of business," said Commissioner O'Rielly.


"How does a company decide to restrict someone's accounts or block their tweets because it thinks their views are inflammatory or wrong? How does a company decide to demonetize videos from political advocates without any notice?...You don't have any insight into any of these decisions, and neither do I, but these are very real actual threats to an open internet," said Chairman Pai. 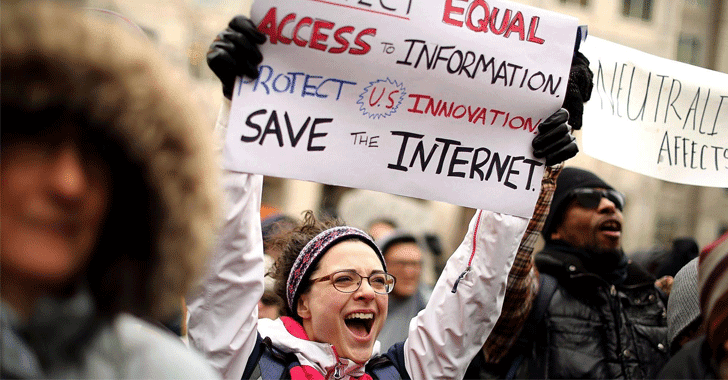 The response from the tech industry was swift and loud and predictable. The industry isn't happy with what is turning out to be the Trump administration's biggest regulatory move yet.

"We are incredibly disappointed that the FCC voted this morning – along partisan lines – to remove protections for the open internet. This is the result of broken processes, broken politics, and broken policies. As we have said over and over, we'll keep fighting for the open internet, and hope that politicians decide to protect their constituents rather than increase the power of ISPs," Mozilla said in a statement.


"Today's decision from the Federal Communications Commission to end net neutrality is disappointing and harmful. An open internet is critical for new ideas and economic opportunity – and internet providers shouldn't be able to decide what people can see online or charge more for certain websites," Sheryl Sandberg said, Chief Operating Officer of Facebook.


"We're disappointed in the decision to gut #NetNeutrality protections that ushered in an unprecedented era of innovation, creativity & civic engagement. This is the beginning of a longer legal battle. Netflix stands w/ innovators, large & small, to oppose this misguided FCC order," Netflix tweeted.


Obviously, Internet providers are more likely to strike valuable deals with large, established services and websites than relatively unknown companies or startups, which will be hit hardest by the repeal.

With no surprise, ISPs including Comcast, Verizon, and AT&T have welcomed the new rules, saying they will not block or throttle any legal content but may engage in paid prioritization.

Since the commission will take a few weeks to make final adjustments to the new rules, you will not see any potential change right away.

What Next? Can Net Neutrality Be Saved? 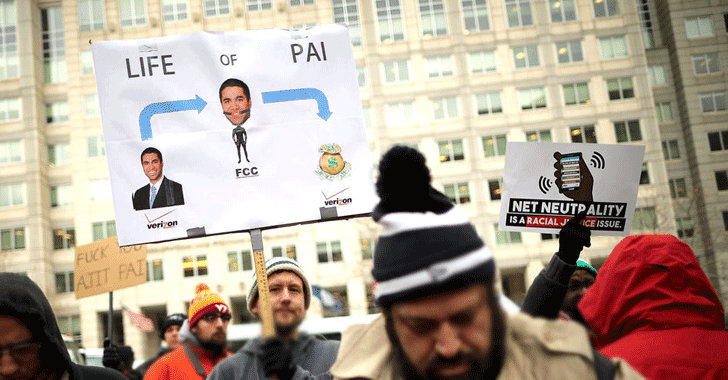 Obviously, you cannot do anything overnight to repeal the decision.

Reportedly, attorney generals from across the country and consumer advocacy groups are considering suing the FCC in an attempt to reverse Thursday's repeal of net neutrality rules.

To overturn the FCC's order, critics and internet activists are also going to push for Congress to step in and pass a resolution of disapproval using the Congressional Review Act.


"This fight isn't over. With our allies and our users, we will turn to Congress and the courts to fix the broken policies," Mozilla said.

"We're ready to work with members of Congress and others to help make the internet free and open for everyone," Sheryl Sandberg said.

"We will continue our fight to defend the open Internet and reverse this misguided decision," Twitter said.

The FCC's repeal of net neutrality will take effect 60 days after publication in the Federal Register, which doesn't happen immediately and could take six weeks or even more after the FCC vote.

Once it become law, the repeal will return everything to the state it was before 2015.