Every Call You Make or Text You Send, They'll Be Tracking From Today 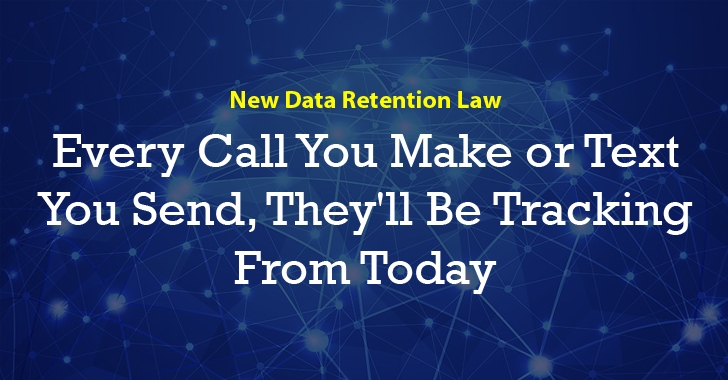 From today, every phone call you make, every text message you send and every email you write will compulsorily be tracked by the government agencies under a new metadata retention scheme.

Yes, you heard right. If you are a citizen of Australia with a mobile phone and an Internet connection, your digital activity will be recorded.

This new scheme vastly expands the retention of personal data, which has triggered a debate among Australians as it is a major invasion of privacy.

WHAT IS BEING COLLECTED?

Until today, data retention by mobile phone and Internet providers was inconsistent. Data about who called or texted whom was generally stored by major companies for billing purposes.

However, much more data will now be held, for a mandatory period of 2 years.

What Phone Data is Retained?


What Internet Data is Retained?

The Australian government emphasized that the type of data collected is only Metadata, and not the content of calls and messages.

Metadata might seem like it does not give much away, and one shouldn't bother about, but with the help of metadata, it will be no harder for even the local police to figure out if you called a phone sex service for half an hour at 2 am.

For many, the new scheme seems to be a great step towards protecting the country from terrorist, but many believe it is the biggest invasion of privacy in the history of Australia and a massive security risk as well.

Besides Australian security agencies and law enforcement agencies, the collected data of citizens can be accessed by even local police station all the way up to the Australian Federal Police and ASIO.

While child abuse and terrorism investigations are often cited, the new scheme will allow the local police to request data for much more minor crimes.

Though Journalist are still on the safer side, as it will still take a court warrant to access a journalist's data in an attempt to identify their sources, but that proceedings will take place in private and without their knowledge.

Also, no warrant is required for government agencies to gather data belonging to its own employees for contact with journalists.

How Can I Circumvent the Data Retention Scheme?

Its easy to circumvent the new data retention scheme by Australian government. You can follow these simple instruction to protect your personal data to be tracked by the government: