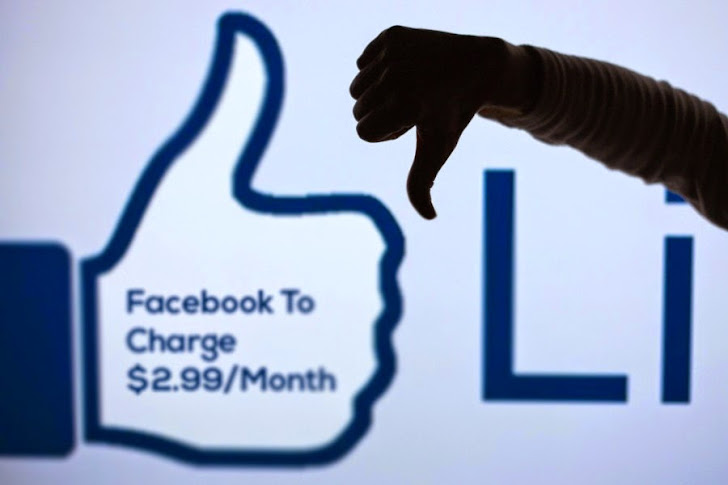 Facebook going to charge users per month?? Nobody expected such a news story this week, but it seems that Facebook will No longer be a Free Service, according to reports claimed by the National Report, "Facebook To Begin Charging Users $2.99/mo Starting November 1st", which turns out fake. Thank God !!

This new report is circulating via social media which claims that the social networking giant will begin charging charging $2.99 (€2.33) per month for each user starting November 1, 2014 in an effort to fight against the rising costs the company is facing.

Of course, the claims are simply untrue. Facebook has not announced any such plans to begin charging its users a monthly fee for access to the regular site services that has more than 1.3 billion monthly users.

NICELY FRAMED HOAX
The report comes via the 'satirical' fake-news website, which is a complete Hoax, just like many similar 'Facebook to start charging' hoaxes before it. But What make it different from those other hoaxes?? It's the way it framed so nicely that it acquired everybody's attention on the the Internet.

"At a press conference this morning, Facebook rolled out their monthly service plan which begins November 1st of this year. The social media giant says they will start charging members $2.99/mo to use the services that the site has to offer," reads the fake news report.

Not just this, the fake-news article also quoted some fake statements from Facebook CEO Mark Zuckerberg, which made it even more convincing.

"After thinking long and hard about this decision, at the end of the day, we were forced to add this monthly fee," said Facebook founder and CEO Mark Zuckerberg. "If we don't do something about our rising costs now, Facebook could cease to exist in the near future."

FACEBOOK IS FREE AND ALWAYS WILL BE
National Report considers itself as Satirical, as in its disclaimer, the site mentioned that it is a news and political satire web publication, which may or may not use real names, sometimes in semi-real or wholly fictitious ways. Although many are confused about this because there are so many fake news that are making their way out of the site and are believed to be true.

The site also reads that every news article on their website is fiction and fake news, which do not relate with the truth in any way. But, the fact that the site presents their news in a manner similar to that of other legitimate news websites makes things much more difficult to distinguish.

For those who believe this story to be true are informed, regardless of all claims that Facebook is about to start charging, that these claims are totally nonsense. Facebook isn't charging its users for their services, and according to their own homepage, it says, 'It's free and always will be'.

Always take a while to verify these kind of sensational claims regarding Facebook or any other online services. also, don't spread any misinformation and junk with your Facebook friends, before confirming the whole thing.