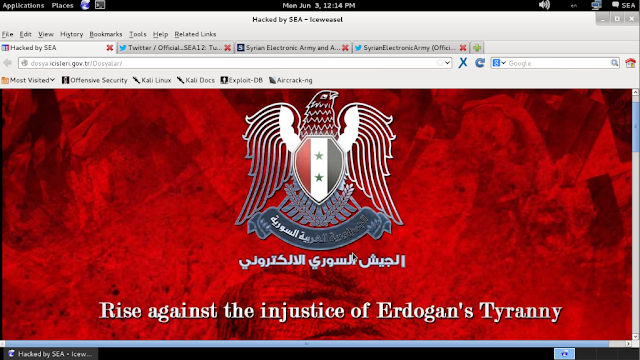 Hackers claimed that they gained access to staff email addresses, passwords and phone numbers. As exposed on internet, database include emails and plain text passwords of 90 users. 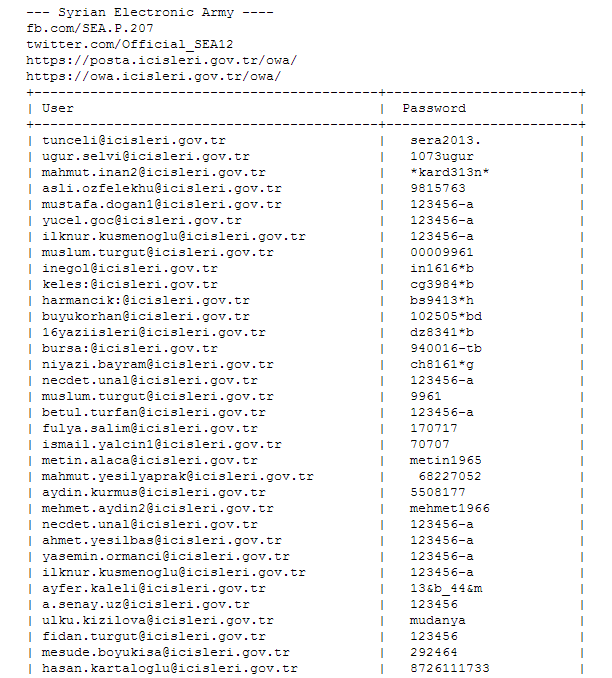 In addition , Hackers also managed to take down the Turkey's Prime Minister (basbakanlik.gov.tr) website. Many other sites belongs to Turkish govt was defaced last night by various hackers around the world including the country's ruling party as operation #OpTurkey.

The team also defaced the dosya.icisleri.gov.tr/Dosyalar/ and placed their logo on site. "Rise against the injustice of Erdogan's Tyranny. Rise against the policies of hypocrisy perpetrated by the Erdogan Regime." The defacement message reads.

The hacktivists earlier targeted municipal governments in Mersin and Izmir.