World's most secure messaging service offers £10,000 if you crack it 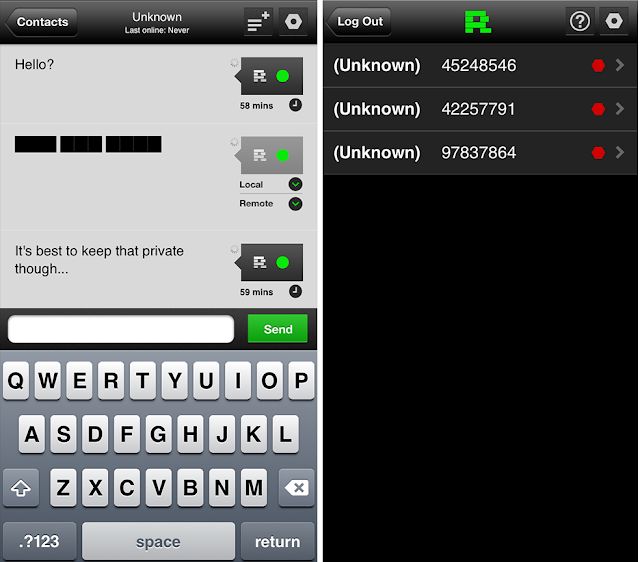 Privacy conscious phone users are being offered a new app that claims to be the world's first totally secure messaging service. A London-based iPhone messaging app claims to be unhackable and is offering reward to anyone who can intercept a message sent by it.

Redact believes that messages sent via the app are completely secure, and to prove it a reward of £10,000 has been offered. The application creates a secure and encrypted peer-to-peer network between two iPhones, with messages sent directly from one phone to another and not through the company's servers.

The company has already offered its Secure Messenger service for free to MPs and submitted the technology to CESG, the Government's National Technical Authority for Information Assurance, which provides advice on the security of communications and electronic data.

With Redact there are no user names, phone numbers or email addresses. Instead, new users are automatically assigned a unique PIN, similar to BlackBerry Messenger, but this PIN is never stored anywhere and there is no recovery tool for hackers to exploit.

Redact says it will pick 20 applicants for the challenge, which will take place at an as-yet unknown London location. Candidates are asked a range of questions on the form, including whether they have specific IT security experience or qualifications.

Asides from its tight security, messages sent using Redact can always be deleted by the author and doing so removes them from the conversation history on both devices.

Redact said: "All instant messaging apps store messages you're sending to your contacts. No matter how securely these messages are saved, they're vulnerable to hackers or government subpoenas. Redact stores no messages, contact information or usernames so there is no information to be stolen."