Jan 26, 2013Mohit Kumar
The mastermind Russian Hackers who coded and distributed the Gozi malware, Nikita Vladimirovich Kuzmin, 25 was charged along with Deniss Calovskis, 27, and Mihai Ionut Paunescu, 28 for infecting more than a million computers worldwide in order to steal banking and other credentials from tens of thousands of victims.

They may face a maximum penalty of 95, 60 and 67 years in prison, respectively. Kuzmin allegedly created the Gozi program in 2005, hiring a programmer to write the source code and then leasing it to other criminal customers. 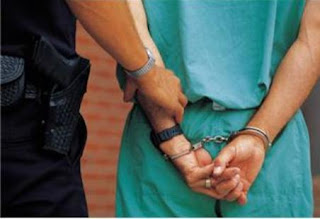 According to latest reports, Nikita has agreed to cooperate with the United States. As potential evidence, the feds have been able to retrieve 51 servers in Romania as well as laptops, desktops and external hard drives. The data seized amounts to 250 terabytes.

Paunescu, a Romanian national who went by the name "Virus" operated a bulletproof hosting service that provided criminal customers with servers and IP addresses from which to send out phishing emails containing the Gozi virus as well as the Zeus and SpyEye banking trojans.

Calovskis, who went by the name "Miam," was purportedly hired by Kuzmin to develop "web injects."

Authorities say the virus infected at least 40,000 computers in the U.S., including more than 160 computers belonging to NASA, and cost victims tens of millions of dollars in losses. The malicious code allowed Kuzmin to remotely control the compromised systems as a botnet, installing additional code to steal information and access banks accounts.