Anonymous: We Are Not Terrorists but Fearless Freedom Fighters

May 11, 2012Mohit Kumar
Anonymous: We Are Not Terrorists but Fearless Freedom Fighters 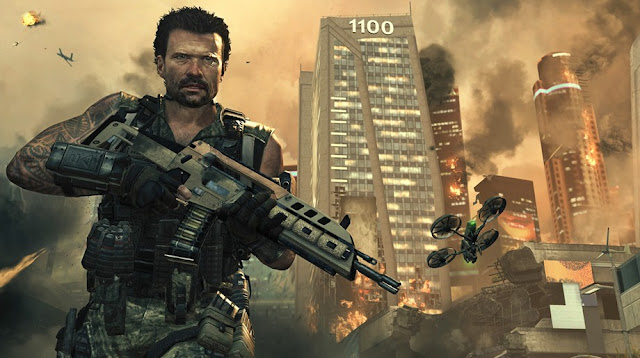 Black Ops 2 trailer that was released recently, portrays the Anonymous organization as the enemy of the United States, which has pissed them off greatly. Anonymous has responded to Activision's marketing campaign for Call of Duty: Black Ops 2, which paints the hacktivist group as terrorists.
The video was uploaded by YouTube user ALEXIUS ANON, an account which was created only last week. It's thus important to underline that official Anonymous channels of communication have not confirmed they will be targeting Activision. That being said, they are certainly aware of what the company did.
"This act will show you how serious our collective us and that we will protect any human who calls himself Anonymous," says the video's narrator, who wears a Guy Fawkes mask. Also, Activision CEO Eric Hirshberg has been doxed, and are threatening to cause a lot of damage to the company's infrastructure.

This is what they posted:

Greetings fellow users. It has come to our attention that Activision entertainment company used our collective as a bad example to other players all over the world. Selected company presented us as a terrorist group with plans to hijack planes and others. This is our reply to the selected company Activision: We are not terrorists, we are fighters for freedom in every aspect of meaning. However, if you want to present us in that way we will need to take action against your company and online servers.
We will hijack military system and use valid date to control over the parameter. We will deface your online game servers and make damage of millions of dollars to your company. This act will show you how serious our collective us, and that we will protect any human who calls himself Anonymous. The time has come to expand our collective. It is time to take steps on streets, protest and other public actions in order to bring one step to mission and create a public team who will proceed with the mission.
Again this is the act of all of us who share the same idea and mission. To others, our message is continue to share data, links and other protest space. That is all steps to one great plan, a final mission that will free the system form potential threats. So you can see, we are all one team, Anonymous. We are legion. We do not forgive. We do not forget. Activision, expect us.