THE "TRUTH" SIMMERS THE POT OF SABU 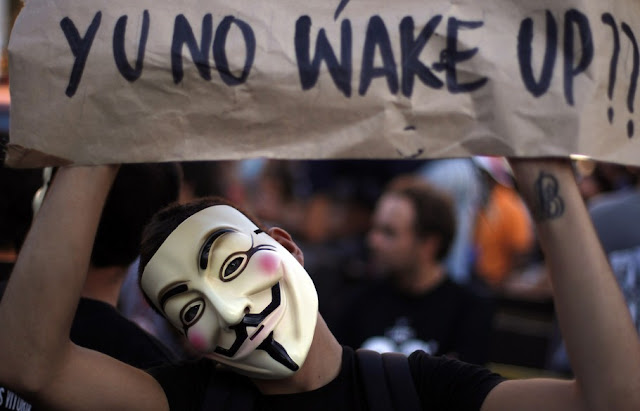 As I look at my guy fawkes mask and reflect on the recent arrest of several lulzsec members, I have a wrenching feeling in my gut to tell the "truth."
Gather around anonymous, lulzsec, FBI, passionate supporters, liberal haters, and people without a clue. I have something to tell you and although the truth may hurt, it is time to find that wrenching in your own gut and step up.
Today all focus is on sabu and his taboo relationship with the FBI that caused the arrest of:
Ryan ackroyd a.k.a. Kayla, lol, lolsoon
jake davis a.k.a. Topiary, atopiary
darren martyn a.k.a. Pwnsauce, raepsauce, networkkitten
donncha o'cearrbhail a.k.a. Palladium
Jeremy hammond a.k.a. Anarchaos, sup_g, burn, yohoho, pow
As should yours, my heart goes out to these brave men and their families as they work their way through the corrupt and ill focused justice system for leading the only movement existing in our mis-shapened world that works to do one thing: tell the truth.
One must ask them self why lulzsec, anonymous, wikileaks, etc. Exist? What has driven millions of young people behind the mask and into cyber space to place self, family and home on the front line of attack by the FBI and other infamous law enforcement agencies? The answer is quite clear. The truth. If the FBI, government, multi-billion dollar corporations, banks and other financial institutions were telling us the truth, well, who would need them?
I had an amusing read when an FBI agent stated the following after the arrest. "this is devastating to the organization. We're chopping of the head of lulzsec."
Errrr, excuse me? You can't chop off the head of an idea, or an injustice, or a revolution. You cannot stop the wheel of the rights of the people and the fight against tyranny. The FBI needs to read a bit of history in their spare time.
Sabu did what many others have done in every single fight for right. He turned coat. He played double agent. He sold out.
So what? Does that mean that the movement is over? Does that mean that the FBI has successfully told the people of the world that they have to go back to corruption, misuse of tax dollars, and governance by greed?
Does this mean that anonymous and wikileaks and lulzsec can no longer fight to tell the people of the world the "truth?"
I think not.
I was thinking of nelson mandela this morning. Thinking of his 20 years in prison. The government taking away from him every right of every human being on earth for doing one thing: telling the truth. Exposing and speaking out against injustice and tryanny. I was also thinking about the thousands of people who are being forced to foreclose on their homes, the people who have no jobs, the young people who have no future because we have allowed the 1% to bath in our revenues and take our possessions and our pride.
Yes, shame on sabu. Shame on him for jumping ship and leaving the boat to sink. But remember, it hasn't sunk to the bottom. The misguided men and women who work for what they have been brain wahsed to think is justice have only hurt themselves. They are targeting the very people who are putting themselves on the cyber line to tell the truth to the people so they may understand the complete and utter human rights devastation that is taking place world wide.
Sabu may join the ranks of people like, john walker, igor gouzenko, oleg gordievsky, adma yahiye gadahn, aldrich ames, tokyo rose, aaron burr, robert hanssen, and the most famous of all, benedict arnold. But, I ask you, has sabu or any of those people truly supressed the right of the people to know the truth?
No, because there is an army a foot. It is called a "cyber army." It cannot be supressed or have "it's head chopped off."
Lulzsec, anonymous, wikileaks, and the army of angels who support them, I ask you to take the actions of sabu and turn them into a statement so large and so wide and so big that this will not cripple the reason for your existence.
Are you listening? If so, take up your keyboards and fight the good fight. Remember, it is only the "truth" that will set you free.