Hackers aligned with Anonymous took credit on Wednesday for an attack on Panda Security's website shortly after charges were announced against five of the hacking collective's alleged members.
Over 25 websites related to Panda Security have been hacked tonight by Antisec. Emails and md5 passwords have leaked to public. Panda was accused by anonymous for helping the FBI to lurk anonymous members. The attacks are believed to be in retaliation for the recent arrests made by the FBI.

Yesterday biggest story of Hacking world exposed that, The world's most notorious computer hacker turned against his comrades because he did not want to go to prison and leave behind his two children. Monsegur, who has been described as the ringleader of LulzSec, and an 'influential member' of Anonymous, pleaded guilty to a dozen hacking-related charges last summer - crimes which carry a maximum sentence of 124 years and six months in prison.But, rather than face a lengthy jail sentence and not see his two children, the unemployed father agreed to cooperate with the FBI, and, ever since his arrest, has reportedly been working with them to bring down the groups' top hackers.
Charged Lulzsec Hackers are
Ryan Ackroyd a.k.a. Kayla, lol, lolsoon
Jake Davis a.k.a. topiary, atopiary
Darren Martyn a.k.a. pwnsauce, raepsauce, networkkitten
Donncha O'Cearrbhail a.k.a. palladium
Hector Xavier Monsegur a.k.a. Sabu, Xavier DeLeon, Leon
Jeremy Hammond a.k.a. Anarchaos, sup_g, burn, yohoho, POW, tylerknowsthis, crediblethreat 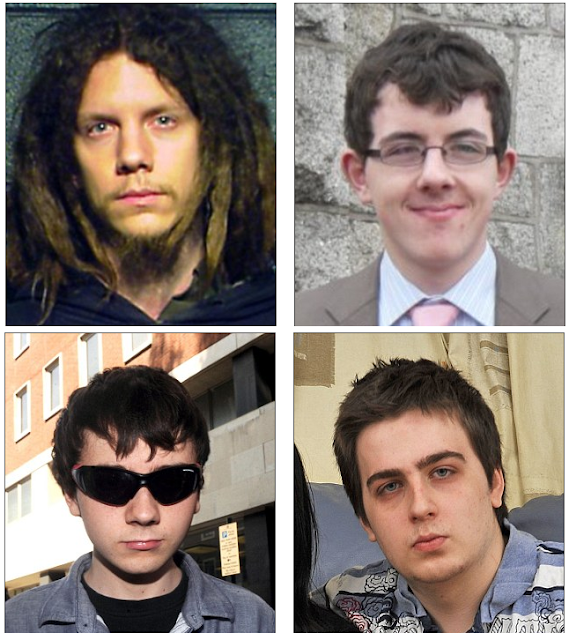 List of Defaced Sites :
"Pandasecurity.com, better known for its shitty ANTIVIRUS WE HAVE BACKDOORED, has earning money working with Law Enforcement to lurk and snitch on anonymous activists. they helped to jail 25 anonymous in different countries...yep we know about you. How does it feel to be the spied one?"
In August, 2011, it came to light that Anonymous had hacked into 70 law enforcement websites, mostly local sheriffs' websites in Missouri.The hacks had occurred four weeks before they were discovered. Using information passed on by Monsegur, the FBI was able to work with the server company to mitigate the damage. The FBI then alerted 300 government, financial and corporate entities around the world to potential vulnerabilities in their computer systems.
AntiSec also voiced support for those fighting for their freedom in Tunisia, Egypt, Libya, Syria, Bahrain, Yemen, and Iran.It also sent a dare to the FBI to get its members, saying, "we are waiting for you."