US ,Israel or Russia , Who is Behind Stuxnet? 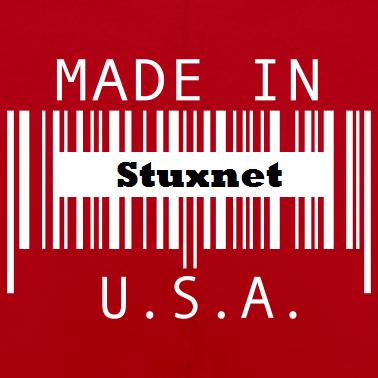 Initially After Symantec did a little reverse engineering on the now infamous Stuxnet worm, many started pointing the finger at the US and Israel, especially since it was concluded that the piece of malware was designed to target a specific version of the Siemens SCADA programmable logic controls (PLC) operating in certain nuclear facilities from Iran. Ralph Langner told a conference in California that the malicious software was designed to cripple systems that could help build an Iranian bomb.Mr Langner was one of the first researchers to show how Stuxnet could take control of industrial equipment.
Dr. Panayotis A. Yannakogeorgos is a cyber defense analyst with the U.S. Air Force Research Institute. He told the Diplomat that the one weak point in the theory that the US and Israel hit the Iranian nuclear problem with Stuxnet is that both sides denied it when they would not have had to. Yannakogeorgos said that the Russians could have equally carried out the attack. Apparenly the Russians are not that happy about an Iranian indigenous nuclear capability even if they are helping build it.


In brief, the case for the United States having designed and developed Stuxnet is as follows: First, neither the United States nor Israel wants Iran to develop nuclear weapons. The worm, then, is seen as likely part of a covert strategy to delay or destroy Iran's nuclear infrastructure while stopping short of war. The weapon was designed to target a specific version of the Siemens SCADA programmable logic controls (PLC) operating a specific configuration and number of cascading centrifuges found in Iran. Some analysts point to the fact that there were vulnerability assessments being run at Idaho National Labs on Siemens PLC software. Others note that the design of the cyber weapon closely fit Richard Clark's description in Cyber War of a well-designed and ethically thought out weapon limiting collateral damage due to a vast army of lawyers scrutinizing the effects. The malware-analyst community, meanwhile, points to digital code strings such as "b:\myrtus\" taken from biblical events important to Israeli identity. And, as the story goes, after the political decisions, vulnerability assessments, and weapon design took place, either an Iranian agent was found to take the USB memory stick into the nuclear facility, or all the computers around the plants were infected with Stuxnet via the conficker worm.
Russia has a good reason not to want Iran to get its paws on nuclear technology. In 1995, for example, Chechen rebels planted a "dirty bomb" in Moscow's Izmailovsky Park. Nuclear material is much more secure in Russia but if Iran develops a full-blown nuclear capability, Chechen or other violent extremist and nationalist rebels go to Iran to buy the material.
The Stuxnet attack may be coupled with an assassination campaign targeting Iranian nuclear and computer scientists and various leaks suggesting covert action, all made for a compelling case of U.S. involvement. But whether it was the United States or Russia behind it, it's clear that in Stuxnet's aftermath, and with the emergence of other worms within their systems, Iranian nuclear engineers have less confidence in the accuracy of sensor information on digital displays. All this means that there's now no need for the U.S. or Russia to say anything on the issue internal conflict in the minds of those responsible for Iran's nuclear program is doing a perfectly good job of delaying progress.