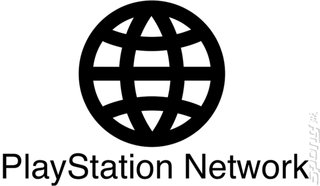 On Tuesday, April 26 Sony shared that some information that was compromised in connection with an illegal and unauthorized intrusion into our network. Once again, Sony'd like to apologize to the many users who were inconvenienced and worried about this situation.

Sony want to state this again given the increase in speculation about credit card information being used fraudulently. One report indicated that a group tried to sell millions of credit card numbers back to Sony. To my knowledge there is no truth to this report of a list, or that Sony was offered an opportunity to purchase the list.

One other point to clarify is from this weekend's press conference. While the passwords that were stored were not "encrypted," they were transformed using a cryptographic hash function. There is a difference between these two types of security measures which is why Sony said the passwords had not been encrypted. But I want to be very clear that the passwords were not stored in our database in cleartext form. For a description of the difference between encryption and hashing, follow this link.

To reiterate a few other security measures for your information: Sony will not contact you in any way, including by email, asking for your credit card number, social security number or other personally identifiable information. If you are asked for this information, you can be confident Sony is not the entity asking. When the PlayStation Network and Qriocity services are fully restored, Sony strongly recommend that you log on and change your password. Additionally, if you use your PlayStation Network or Qriocity user name or password for other unrelated services or accounts, Sony strongly recommend that you change them, as well. To protect against possible identity theft or other financial loss, Sony encourage you to remain vigilant, to review your account statements and to monitor your credit reports.

Sony continue to work with law enforcement and forensic experts to identify the criminals behind the attack. Once again, sony apologize for causing users concern over this matter.

Our objective is to increase security so our customers can safely and confidently play games and use our network and media services. Sony will continue to provide updates as sony have them.