Fingerprinting the author of the ZeuS Botnet !

May 12, 2011Mohit Kumar
The source code of the ZeuS Botnet is now available for Download. Derek Jones (the author this article) imagine there are a few organizations who would like to talk to the author(s) of this code. 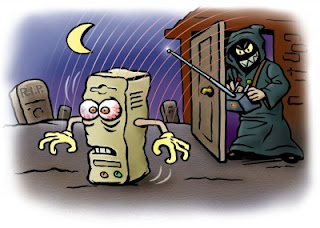 All developers have coding habits, that is they usually have a particular way of writing each coding construct. Different developers have different sets of habits and sometimes individual developers have a way of writing some language construct that is rarely used by other developers. Are developer habits sufficiently unique that they can be used to identify individuals from their code? I don't have enough data to answer that question. Reading through the C++ source of ZeuS I spotted a few unusual usage patterns (I don't know enough about common usage patterns in PHP to say much about this source) which readers might like to look for in code they encounter, perhaps putting name to the author of this code.
The source is written in C++ (32.5 KLOC of client source) and PHP (7.5KLOC of server source) and is of high quality (the C++ code could do with more comments, say to the level given in the PHP code), many companies could increase the quality of their code by following the coding standard that this author seems to be following. The source is well laid out and there are plenty of meaningful variable names.
So what can we tell about the person(s) who wrote this code?
Could the source have been processed by an code formatter to remove fingerprint information? I think not. There are small inconsistencies in layout here and there that suggest human error, also automatic layout tends to have a 'template' look to it that this code does not have.
Source