Ankit Fadia, 21 years old, is an independent computer security and digital intelligence consultant with definitive experience in the field of Internet security based out of the Silicon Valley in California, USA. He has authored 11 internationally best-selling books on numerous topics related to Computer Security that have been widely appreciated by both professionals and industry leaders the world over.


Now the question raised that, is Mr. Ankit Fadia is Secured ?


We have Notice that lots of Hackers from various countries are able to access his Site & Ftp, Even some of them are just only 15 years old. Last Days some images was uploaded on Facebook by some hackers, which shows that they access Ankit's Official Website and Ftp. Even they 'Root' The Server via uploading Shell. The guy who earn crores from Seminars,is he can't audit his own security and can't afford a secure and dedicated server ?? He having site https://www.ankitfadia.in on a shared server, which also have other 300+ websites hosted.Now its easy for any hacker to root the server.


Here some images we get, as shown below :
1.) Pakistan Hacker hacked into the admin panel of Ankit Fadia's Site 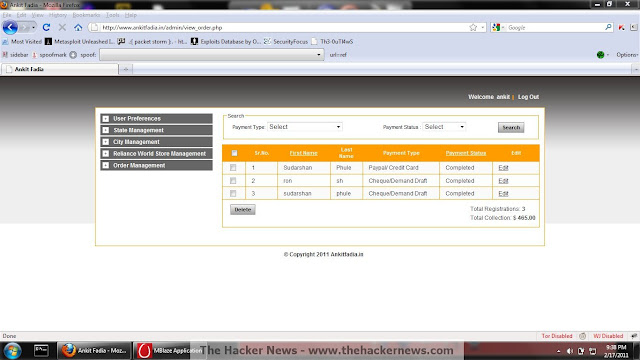 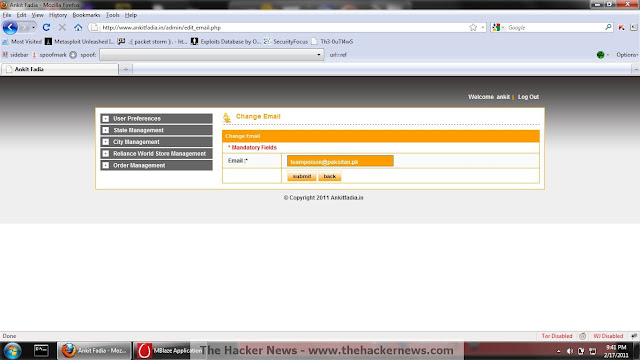 2.) Shell Uploaded on his FTP via Indian Hackers 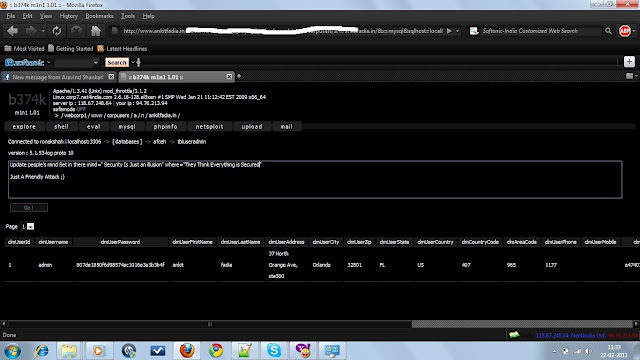 Now if a hacker claim himself Best, Then he should be Secured.One more claim by him proved Wrong :P