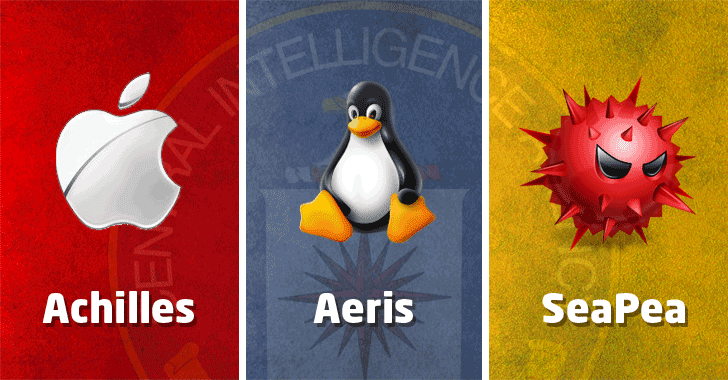 July 27, 2017Swati Khandelwal
WikiLeaks has just published a new set of classified documents linked to another CIA project, dubbed ' Imperial ,' which reveals details of at least three CIA-developed hacking tools and implants designed to target computers running Apple Mac OS X and different flavours of Linux operating systems. If you are a regular reader of THN, you must be aware that this latest revelation by the whistleblower organisation is the part of an ongoing CIA-Vault 7 leaks, marking it as the 18th batch in the series. If you are unaware of the Vault 7 leaks, you can head on to the second of this article for having a brief look on all the leaks at once. Achilles — Tool to Backdoor Mac OS X Disk Images Dubbed Achilles , the hacking tool allows CIA operators to combine malicious Trojan applications with a legitimate Mac OS app into a disk image installer (.DMG) file. The binding tool, the shell script is written in Bash, gives the CIA operators "one or more desired operator specified e
Next Page 