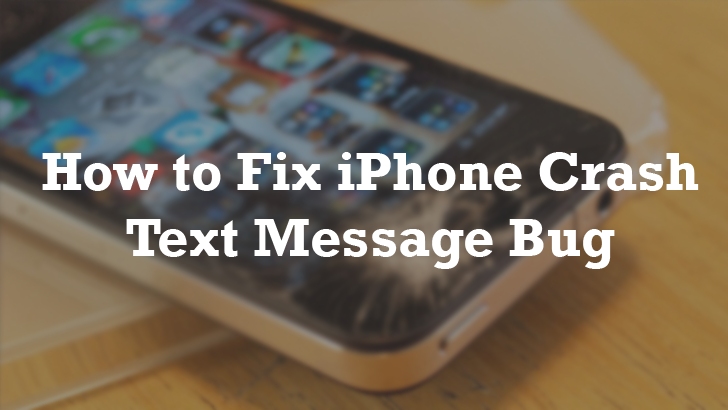 May 30, 2015Swati Khandelwal
We reported you about a new bug in the core component of iOS and OS X that causes the device's Messages app to crash and iPhones to reboot if it receives a certain string of characters , Arabic characters , via text message. Many have since fallen victims to this specially crafted sequence of Unicode bug . It is believed that when this malicious string of characters is sent in a text message, it will crash an iThing when the text is displayed as a notification on an iPhone, iPad, or Apple watch. Not iMessages alone, Snapchat and Twitter on iOS devices are also vulnerable to this iPhone crash text bug as they also use the CoreText component to display text on-screen. Here's the unique text that's causing the iPhone crash: effective. Power لُلُصّبُلُلصّبُررً ॣ ॣh ॣ ॣ 冗 It's been really annoying that people all across the world are messaging each other the secret string of unique characters that resets the phone, causing it to turn on and off.
Next Page 
Popular This Week
Facebook Messenger Bug Lets Hackers Listen to You Before You Pick Up the Call
Google Hacker Details Zero-Click 'Wormable' Wi-Fi Exploit to Hack iPhones
Experts Uncover 'Crutch' Russian Malware Used in APT Attacks for 5 Years
4 Free Online Cyber Security Testing Tools For 2021
TrickBot Malware Gets UEFI/BIOS Bootkit Feature to Remain Undetected
Several Unpatched Popular Android Apps Put Millions of Users at Risk of Hacking
Online Courses and Software