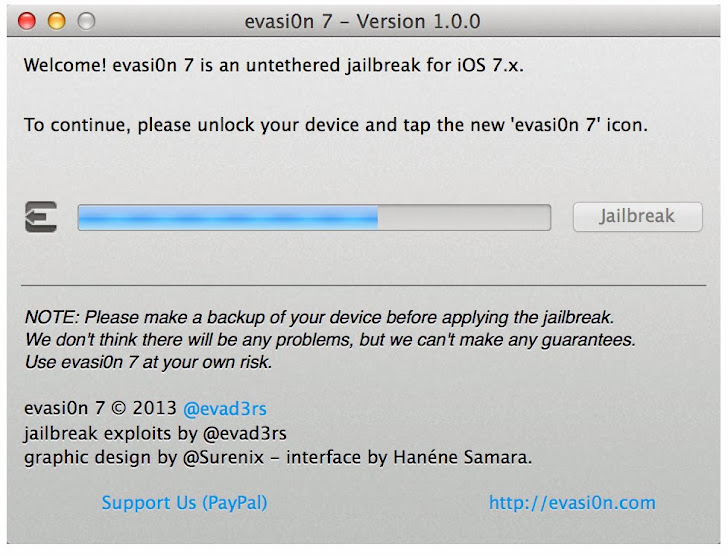 December 22, 2013Wang Wei
If you love iPhone you are surely going to love this news. iOS 7 was released in 3 months before and today finally the  evad3rs team has released   an untethered jailbreak  for iPhone , iPad, and iPod devices running  iOS 7.0 through iOS 7.0.4. The evasi0n installer is compatible with Windows, Mac OS X and Linux so no matter what operating system you're on, you should be able to jailbreak your device. Jailbreaking is the procedure of modifying the iOS of your iPhone to remove the limitations imposed by Apple. This allows a user to access and install a lot of new applications, software and other similar content which otherwise are not made available to iPhone users through the Apple Store. The process is very simple, and within five minutes you can jailbreak your device. According to the instructions, iTunes must be installed if you're running Windows and the only prerequisite is that the device should be running iOS 7.0.4. Team advice user to backup device data before using evas
Next Page 