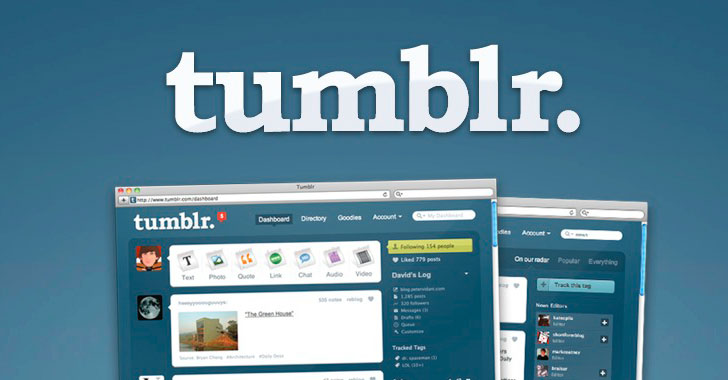 October 17, 2018Swati Khandelwal
Tumblr today published a report admitting the presence of a security vulnerability in its website that could have allowed hackers to steal login credentials and other private information for users' accounts. The affected information included users email addresses, protected (hashed and salted) account passwords, self-reported location (a feature no longer available), previously used email addresses, last login IP addresses, and names of the blog associated with every account. According to the company, a security researcher discovered a critical vulnerability in the desktop version of its website and responsibly reported it to the Tumblr security team via its bug bounty program. Though the company has not revealed the researcher's name or any technical details about the vulnerability, Tumblr has disclosed that the flaw resided in the "Recommended Blogs" feature of its website. Recommended Blogs has been designed to display a short, rotating list of blogs o 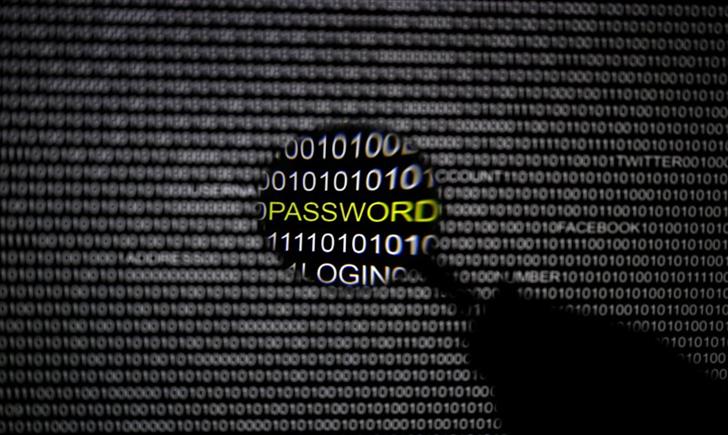 September 14, 2016Swati Khandelwal
Another Day, Another Data Breach! And this time, it's worse than any recent data breaches. Why? Because the data breach has exposed plaintext passwords, usernames, email addresses, and a large trove of other personal information of more than 6.6 Million ClixSense users. ClixSense, a website that claims to pay users for viewing advertisements and completing online surveys, is the latest victim to join the list of " Mega-Breaches " revealed in recent months, including LinkedIn , MySpace , VK.com , Tumblr , and Dropbox . Hackers are Selling Plaintext Passwords and Complete Website Source Code More than 2.2 Million people have already had their personal and sensitive data posted to PasteBin over the weekend. The hackers who dumped the data has put another 4.4 Million accounts up for sale. In addition to un-hashed passwords and email addresses, the dump database includes first and last names, dates of birth, sex, home addresses, IP addresses, payment histories, 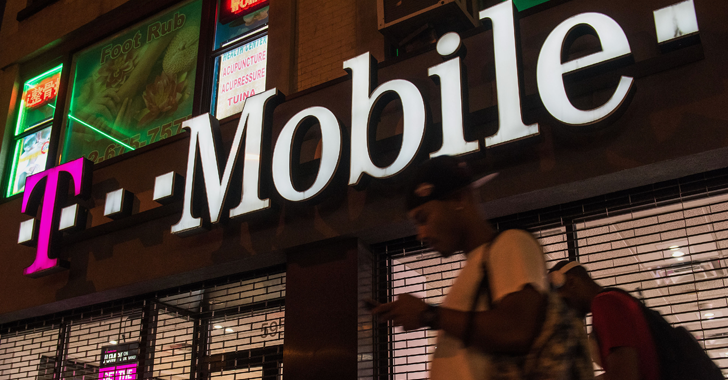 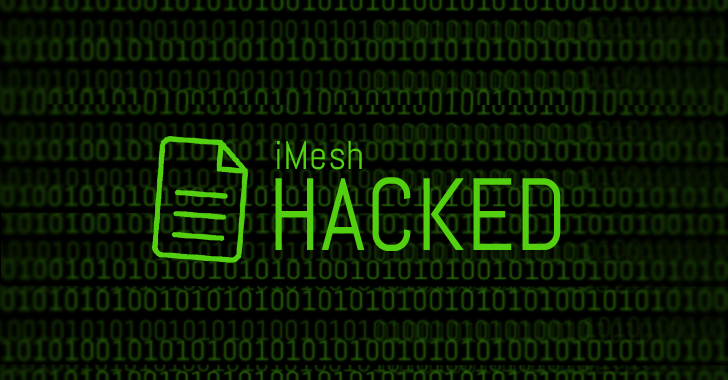 June 13, 2016Swati Khandelwal
How many more data dumps does this hacker have with him that has yet to be exposed? Well, no one knows the answer, but we were recently made aware of another data breach from Peace – the same Russian hacker who was behind the massive breaches in some of the most popular social media sites including LinkedIn , MySpace , Tumblr , and VK.com . The hacker under the nickname "Peace" (or Peace_of_mind) is now selling over 51 Million records obtained from iMesh – now defunct peer-to-peer file sharing service. The New York-based iMesh was one of the first and most popular file sharing services that allowed users to share multimedia files with their friends via the peer-to-peer (or P2P) protocol. Launched in the late 90s, iMesh became the third-largest service in the United States in 2009, but the service was unexpectedly closed down last month. LeakedSource, a search engine site that indexes leaked login credentials from data breaches, noted in a blog post that the comp 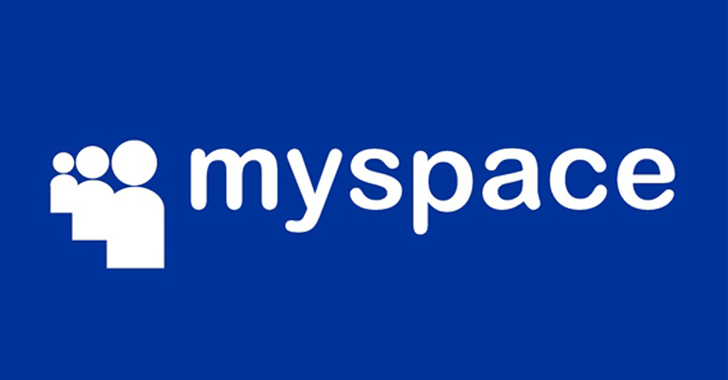 June 01, 2016Swati Khandelwal
MySpace has suffered a major data breach in which hundreds of Millions of users have had their account details compromised. You may have forgotten Myspace and have not thought of it in years after Facebook acquired the market, but Myspace was once-popular social media website. On Tuesday, Myspace confirmed that the company was hacked in 2013 and that the stolen Myspace username and password combinations have been made available for sale in an online hacker forum. The hacker, nicknamed Peace, who is selling the database of about 360 Million Myspace accounts with 427 million passwords, is the same hacker who was recently in the news for leaking 164 Million LinkedIn and 65 Million Tumblr accounts . "We believe the data breach is attributed to Russian Cyberhacker 'Peace'," Myspace wrote in a blog post . "Email addresses, Myspace usernames, and Myspace passwords for the affected Myspace accounts created prior to June 11, 2013 on the old Myspace platform ar 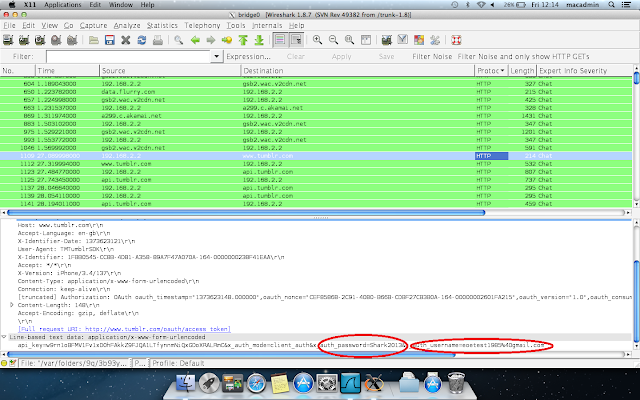 July 17, 2013Mohit Kumar
Tumblr posted a blog post Tuesday night warning users to change their passwords and released a very important security update for iOS users after identifying a breach that compromised their passwords. It seems that, under certain circumstances, the prior versions of the iPhone and iPad apps would allow an individual with malicious intent to sniff or intercept passwords as they are in transit across a local network. The problem arose because the iPad and iPhone apps fail to log users in through a secure server.  The vulnerability does not seem to have affected Tumblr's Android app. The company urged users to download the latest version of the Tumblr app, which is available in the Apple iTunes Store. The company did not provide further details on the breach. It's also good practice to use different passwords across different services by using an app like 1Password or LastPass. It doesn't appear that any passwords got in the hands of malicious individuals, though you

February 22, 2013Mohit Kumar
Customer service software provider Zendesk announced a security breach, that affected three major Zendesk clients i.e Tumblr, Pinterest and Twitter and allowed hackers into their systems. The hacks come just days after Apple , Twitter and Facebook revealed that their employees computers fell victim to unauthorized access. The company believes the hacker downloaded the email addresses of Tumblr, Twitter, and Pinterest customers who attempted to get support from the companies.  Stolen information might be exploited via social-engineering attacks. " Our ongoing investigation indicates that the hacker had access to the support information that three of our customers store on our system. We believe that the hacker downloaded email addresses of users who contacted those three customers for support, as well as support email subject lines. We notified our affected customers immediately and are working with them to assist in their response. " Zendesk discov

December 03, 2012Mohit Kumar
A notorious group of Internet trolls says it has unleashed a worm that has littered Tumblr blogs with inflammatory and racist posts. A massive bug affecting some 8,600 unique Tumblr users.  Gay Nigger Association of America , took responsibility for the attack. The infected post begins: " Dearest 'Tumblr' users  , This is in response to the seemingly pandemic growth and world-wide propagation of the most fucking worthless, contrived, bourgeoisie, self-congratulating and decadent bullshit the internet ever had the fortune of faciliating ." How worm work ?  Worm took advantage of Tumblr's reblogging feature, meaning that anyone who was logged into Tumblr would automatically reblog the infectious post if they visited one of the offending pages. Naked Security said . In a message posted to the company's official Twitter account, the blogging site said, " We are aware that there is a viral post circulating on Tumblr. We are working to resolve the issue as swiftly a
Next Page 
Popular This Week
New Chrome 0-day Under Active Attacks – Update Your Browser Now
New Framework Released to Protect Machine Learning Systems From Adversarial Attacks
Popular Mobile Browsers Found Vulnerable To Address Bar Spoofing Attacks
Experts Warn of Privacy Risks Caused by Link Previews in Messaging Apps
Google Removes 21 Malicious Android Apps from Play Store
Windows GravityRAT Malware Now Also Targets macOS and Android Devices
Online Courses and Software