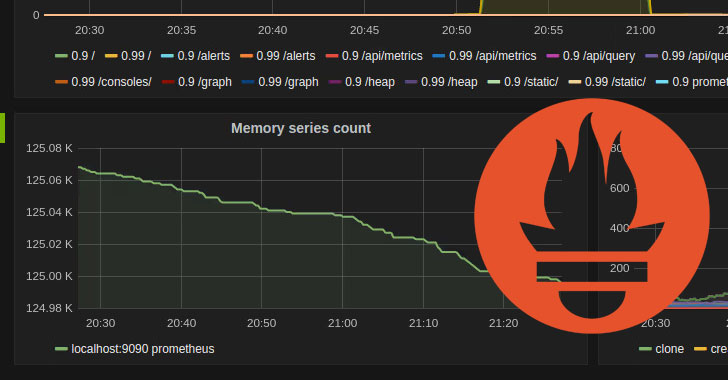 October 14, 2021Ravie Lakshmanan
A large-scale unauthenticated scraping of publicly available and non-secured endpoints from older versions of Prometheus event monitoring and alerting solution could be leveraged to inadvertently leak sensitive information, according to the latest research. "Due to the fact that authentication and encryption support is relatively new, many organizations that use Prometheus haven't yet enabled these features and thus many Prometheus endpoints are completely exposed to the Internet (e.g. endpoints that run earlier versions), leaking metric and label dat," JFrog researchers Andrey Polkovnychenko and Shachar Menashe  said  in a report. Prometheus  is an open-source system monitoring and alerting toolkit used to collect and process metrics from different endpoints, alongside enabling easy observation of software metrics such as memory usage, network usage, and software-specific defined metrics, such as the number of failed logins to a web application. Support for Transport
Next Page 