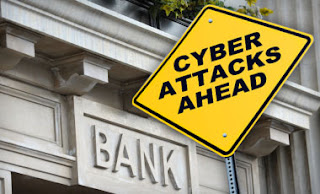 December 12, 2012Mohit Kumar
The Izz ad-Din al-Qassam Cyber Fighters published a new message on their Pastebin profile , warning of a new round of cyber attacks against U.S. financial institutions, beginning this week. In September and October , al-Qassam launched widespread distributed denial-of-service (DDoS) attacks against numerous banking websites . A Bank of America spokesperson told that the bank is " aware of the reports of possible cyber attacks and [is] monitoring [its] systems, which are fully operational .". Hacker said in new warning note ," After stopping one month attack of Izz ad-Din al-Qassam Group to American banks, today, this group has announced a new cycle of attacks, via an Email which has been sent to us, and has acclaimed that its aim is to compensate guilty offends to holy Prophet of Islam, Mohammad(PBUH). Also, in internet conversations earlier, this group had been stated that these attacks won't stopped and even in new announcements, it's been marked that there will b
Next Page 