Mar 13, 2013
According to an exclusive report published today by DNA news, the computers of highly sensitive Defence Research and Development Organisation (DRDO) have reportedly been hacked by Chinese hackers as biggest security breach in the Indian Defence ever. Infiltrate leading to the leak of thousands of top secret files related to Cabinet Committee on Security, which have been detected to have been uploaded on a server in Guangdong province of China. Indian Defence Minister A K Antony said, " Intelligence agencies are investigating the matter at this stage and I do not want to say anything else. " " The leak was detected in the first week of March as officials from India's technical intelligence wing, National Technical Research Organisation (NTRO), working with private Indian cyber security experts cracked open a file called "army cyber policy". The file had been attached to hacked email accounts of senior DRDO officials that quickly spread through the system in a matter of 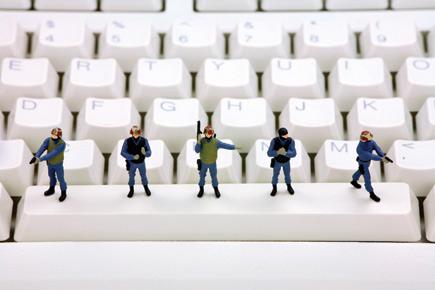 Nov 04, 2012
India is set to take steps to protect its cyber infrastructure and designate agencies for carrying out offensive cyber attacks on other countries. Indian Government announce the appointment of   first coordinator for The National cyber security agency. Mr. Gulshan Rai , who presently heads the Indian Computer Emergency Response Team (CERT-IN), will be the first coordinator. The move comes at a time when proof shows countries launching cyber attacks not only for intelligence gathering and many nations describing the attacks as an act of war. " The plan is in final stages with certain legal issues being clarified. Among the issues are some objections to the legal powers of the proposed National Critical Information Infrastructure Protection Centre (NCIPC), a command-and-control centre for monitoring the critical infrastructure. NCIPC is to be managed by the technical intelligence agency NTRO (National Technical Research Organisation), and could have all the powers th

Nov 01, 2012
Algerian hackers going by name ' SanFour25 ' yesterday deface 7 Indian government  websites including Indian Defence Research and Development Organisation (DRDO), West Bengal police and the Prime Minister's Office (PMO) websites. According to TheHindu , The most sensitive website that came under attack was the one operated by the Recruitment and Assessment Centre (RAC) of the DRDO ( www.rac.gov.in/experts/Dz.php ). The website was down for over 9 hours, which actually deals with the recruitment of scientists to the several laboratories of the DRDO. List of Hacked domains: https://rciregistration.nic.in/rehabcouncil/Dz.txt policewb.gov.in/wbp/counter.txt www.rac.gov.in/experts/Dz.php www.diu.gov.in/departments/Dz.php gpra.nic.in/writereaddata/Dz.php birapdbt.nic.in/video/Dz.php iii.gov.in/tmp/Dz.php Mirrors of hacked sites are available on Zone-H at  SanFour25 archive. It is possible that  the hackers could have attacked the website to get details of the scientist
Next Page 