May 03, 2016Swati Khandelwal
In Brief For the second time in past five months, a Brazil court ordered local telecommunications companies to block the popular messaging app WhatsApp for 72 hours, afterFacebook-owned WhatsApp company refused to hand over information requested in a drug trafficking investigation. The WhatsApp's shutdown is affecting more than 100 million users throughout the country. Moreover, if Brazilian telecommunications companies do not comply, they could face a fine of $143,000 per day. Brazil just blocked its roughly 100 Million citizens from using WhatsApp, the popular messaging service owned by Facebook, for 72 hours (3 days). A Brazilian Judge ordered the blackout after WhatsApp failed to comply with a court order asking the company to help a branch of civil police access WhatsApp data tied to a criminal investigation. This is for the second time in last five months when a Brazil court ordered local telecommunications companies to block access to the popular messaging servi 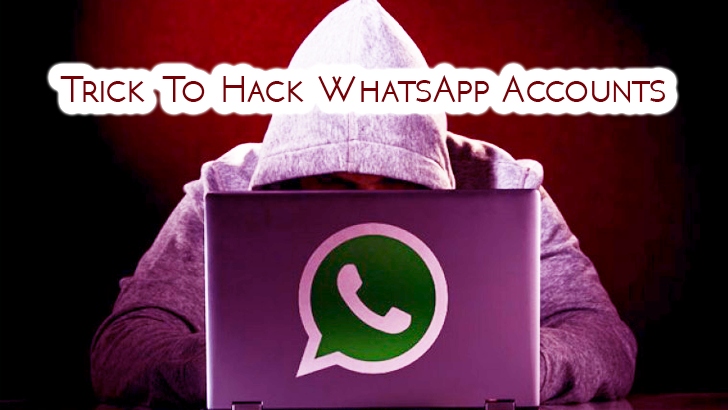 June 05, 2015Wang Wei
The hugely popular smartphone messaging service WhatsApp, acquired by Facebook for over $20 billion last year, has reportedly been found to be prone to hijacking without unlocking or knowing your device password, making its hundreds of Millions of users vulnerable to, not just hackers, but also non-technical people. This trick lets anyone surrounds you to get effectively control over your WhatsApp account. The attacker needs nothing more than a phone number of the target person and access to the target mobile phone for a few seconds, even if it is locked. Hacking Whatsapp account in such scenario is not hard for your friends and colleagues. This is not actually a loophole or vulnerability in WhatsApp, and rather it is just the way WhatsApp is designed and its account setup mechanism works. NOTE: Moreover, we aren't encouraging users to hack others WhatsApp account , but the purpose of publishing this article is to warn and remind our readers that you should be extr
Next Page 
Popular This Week
Apple Releases Urgent 0-Day Bug Patch for Mac, iPhone and iPad Devices
Hackers Turning to 'Exotic' Programming Languages for Malware Development
Hackers Exploit Microsoft Browser Bug to Deploy VBA Malware on Targeted PCs
Top 30 Critical Security Vulnerabilities Most Exploited by Hackers
Several Malicious Typosquatted Python Libraries Found On PyPI Repository
New Android Malware Uses VNC to Spy and Steal Passwords from Victims