The Hacker News - Cybersecurity News and Analysis: Aircrack for android 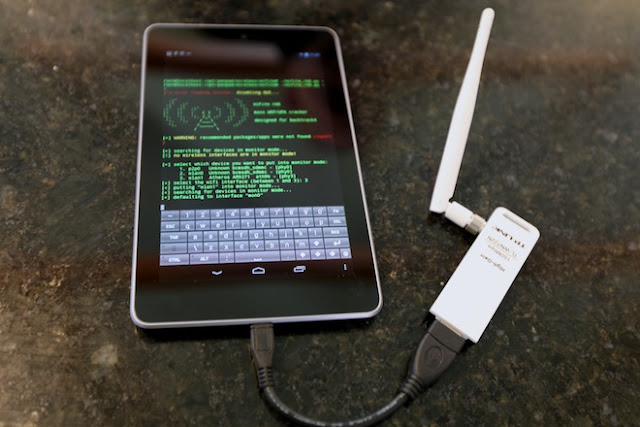 February 23, 2013Mohit Kumar
Security tools company Pwnie Express is making a network hacking focused Android device called the Pwn Pad . The device is based on the Google Nexus 7 specs, with USB-based Bluetooth, Ethernet and WiFi to gauge the security of a network beyond what Google's tablet can manage on its own. Pwn Pad  will be introduced at the RSA security conference in San Francisco next week and Pwnie Express is also releasing the Pwn Pad source code. This will allow hackers to download the software and get it up and running on other types of Android phones and tablets. " Every pen tester we know has a phone and a tablet and a laptop, but none of them has been able to do pen-testing from the tablet ," says Dave Porcello, Pwnie Express's CEO said to  wired . Most interesting part is that, first time the most popular wireless hacking tools like Aircrack-ng and Kismet introduced on an Android device.  The complete list of the tool available  in this suite are:  Wireless Tools: Aircrac
Next Page 