The Truth About False Positives in Security 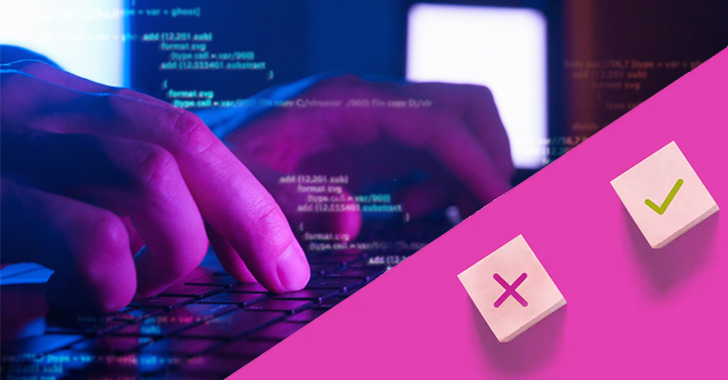 TL;DR: As weird as it might sound, seeing a few false positives reported by a security scanner is probably a good sign and certainly better than seeing none. Let's explain why.

False positives have made a somewhat unexpected appearance in our lives in recent years. I am, of course, referring to the COVID-19 pandemic, which required massive testing campaigns in order to control the spread of the virus. For the record, a false positive is a result that appears positive (for COVID-19 in our case), where it is actually negative (the person is not infected). More commonly, we speak of false alarms.

In computer security, we are also often confronted with false positives. Ask the security team behind any SIEM what their biggest operational challenge is, and chances are that false positives will be mentioned. A recent report estimates that as much as 20% of all the alerts received by security professionals are false positives, making it a big source of fatigue.

Yet the story behind false positives is not as simple as it might appear at first. In this article, we will advocate that when evaluating an analysis tool, seeing a moderate rate of false positives is a rather good sign of efficiency.

What are we talking about exactly?

With static analysis in application security, our primary concern is to catch all the true vulnerabilities by analyzing source code.

Here is a visualization to better grasp the distinction between two fundamental concepts of static analysis: precision and recall. The magnifying glass represents the sample that was identified or selected by the detection tool. You can learn more about how to assess the performance of a statistical process here. 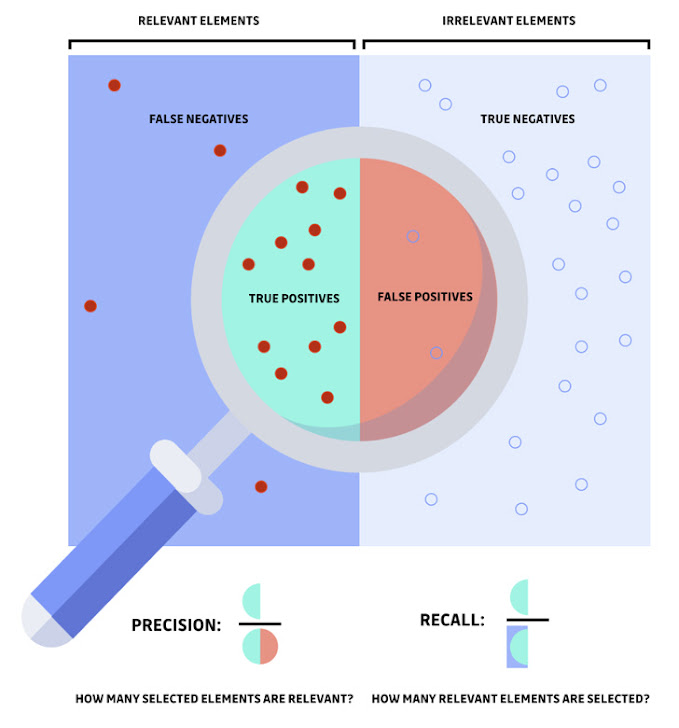 Let's see what that means from an engineering point of view:

Put another way, a vulnerability scanner's objective is to fit the circle (in the magnifying glass) as close as possible to the left rectangle (relevant elements).

The problem is that the answer is rarely clear-cut, meaning trade-offs are to be made.

So, what is more desirable: maximizing precision or recall?

To understand why, let's take it to both extremes: imagine that a detection tool only alerts its users when the probability that a given piece of code contains a vulnerability is superior to 99.999%. With such a high threshold, you can be almost certain that an alert is indeed a true positive. But how many security problems are going to go unnoticed because of the scanner selectiveness? A lot.

Now, on the contrary, what would happen if the tool was tuned to never miss a vulnerability (maximize the recall)? You guessed it: you would soon be faced with hundreds or even thousands of false alerts. And there lies a greater danger.

As Aesop warned us in his fable The Boy Who Cried Wolf, anyone who just repeats false claims will end up not being listened to. In our modern world, the disbelief would materialize as a simple click to deactivate the security notifications and restore peacefulness, or just ignore them if deactivation isn't allowed. But the consequences could be at least as dramatic as there are in the fable.

It's fair to say that alert fatigue is probably the number one reason static analysis fails so often. Not only are false alarms the source of failure of entire application security programs, but they also cause much more serious damages, such as burnout and turnout.

And yet, despite all the evils attributed to them, you would be mistaken to think that if a tool does not carry any false positives, then it must bring the definitive answer to this problem.

How to learn to accept false positives

To accept false positives, we have to go against that basic instinct that often pushes us towards early conclusions. Another thought experiment can help us illustrate this.

Imagine that you are tasked with comparing the performance of two security scanners A and B.

After running both tools on your benchmark, the results are the following: scanner A only detected valid vulnerabilities, while scanner B reported both valid and invalid vulnerabilities. At this point, who wouldn't be tempted to draw an early conclusion? You'd have to be a wise enough observer to ask for more data before deciding. The data would most probably reveal that some valid secrets reported by B had been silently ignored by A.

You can now see the basic idea behind this article: any tool, process, or company claiming that they are completely free from false positives should sound suspicious. If that were truly the case, chances would be very high that some relevant elements were silently skipped.

Finding the balance between precision and recall is a subtle matter and requires a lot of tuning efforts (you can read how GitGuardian engineers are improving the model precision). Not only that, but it is also absolutely normal to see it occasionally fail. That's why you should be more worried about no false positives than a seeing few ones.

But there is also another reason why false positives might in fact be an interesting signal too: security is never "all white or all black". There is always a margin where "we don't know", and

"Due to the nature of the software we write, sometimes we get false positives. When that happens, our developers can fill out a form and say, "Hey, this is a false positive. This is part of a test case. You can ignore this." — Source.

There lies a deeper truth: security is never "all white or all black". There is always a margin where "we don't know", and where human scrutiny and triage becomes essential. In other words, it is not just about raw numbers, it is also about how they will be used. False positives are useful from that perspective: they help improve the tools and refine algorithms so that context is better understood and considered. But like an asymptote, the absolute 0 can never be reached.

There is one necessary condition to transform what seems like a curse into a virtuous circle though. You have to make sure that false positives can be flagged and incorporated in the detection algorithm as easily as possible for end-users. One of the most common ways to achieve that is to simply offer the possibility to exclude files, directories, or repositories from the scanned perimeter.

At GitGuardian, we are specialized in secrets detection. We pushed the idea to enhance any finding with as much context as possible, leading to much faster feedback cycles and alleviating as much work as possible.

If a developer tries to commit a secret with the client-side ggshield installed as a pre-commit hook, the commit will be stopped unless the developer flags it as a secret to ignore. From there, the secret is considered a false positive, and won't trigger an alert anymore, but only on his local workstation. Only a security team member with access to the GitGuardian dashboard is able to flag a false positive for the entire team (global ignore).

If a leaked secret is reported, we provide tools to help the security team quickly dispatch them. For example, the auto-healing playbook automatically sends a mail to the developer who committed the secret. Depending on the playbook configuration, developers can be allowed to resolve or ignore the incident themselves, lightening the amount of work left to the security team.

These are just a few examples of how we learned to tailor the detection and remediation processes around false positives, rather than obsessing about eliminating them. In statistics, this obsession even has a name: it's called overfitting, and it means that your model is too dependent on a particular set of data. Lacking real-world inputs, the model wouldn't be useful in a production setting.

False positives cause alert fatigue and derail security programs so often that they are now widely considered pure evil. It is true that when considering a detection tool, you want the best precision possible, and having too many false positives causes more problems than not using any tool in the first place. That being said, never overlook the recall rate.

At GitGuardian, we designed a wide arsenal of generic detection filters to improve our secrets detection engine's recall rate.

From a purely statistical perspective, having a low rate of false positives is a rather good sign, meaning that few defects pass through the netting.

When in control, false positives are not that bad. They can even be used to your advantage since they indicate where improvements can be made, both on the analysis side or on the remediation side.

Understanding why something was considered "valid" by the system and having a way to adapt to it is key to improving your application security. We are also convinced it is one of the areas where the collaboration between security and development teams really shines.

As a final note, remember: if a detection tool does not report any false positives, run. You are in for big trouble.

Note — This article is written and contributed by Thomas Segura, technical content writer at GitGuardian.