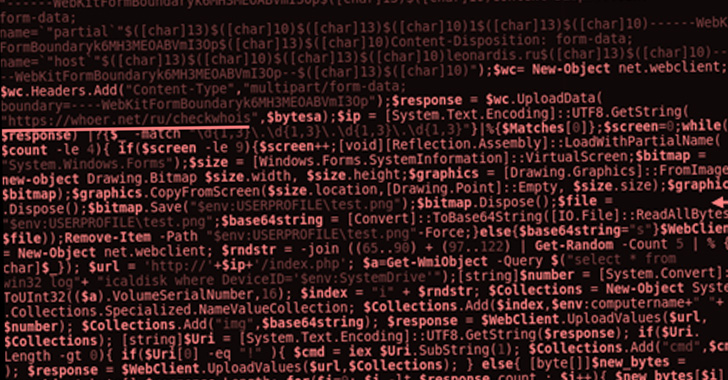 Russian state-sponsored actors are continuing to strike Ukrainian entities with information-stealing malware as part of what's suspected to be an espionage operation.

Symantec, a division of Broadcom Software, attributed the malicious campaign to a threat actor tracked Shuckworm, also known as Actinium, Armageddon, Gamaredon, Primitive Bear, and Trident Ursa. The findings have been corroborated by the Computer Emergency Response Team of Ukraine (CERT-UA).

The threat actor, active since at least 2013, is known for explicitly singling out public and private entities in Ukraine. The attacks have since ratcheted up in the wake of Russia's military invasion in late 2022.

The latest set of attacks are said to have commenced on July 15, 2022, and ongoing as recently as August 8, with the infection chains leveraging phishing emails disguised as newsletters and combat orders, ultimately leading to the deployment of a PowerShell stealer malware dubbed GammaLoad.PS1_v2.

Also delivered to the compromised machines are two backdoors named Giddome and Pterodo, both of which are trademark Shuckworm tools that have been continually redeveloped by the attackers in a bid to stay ahead of detection. 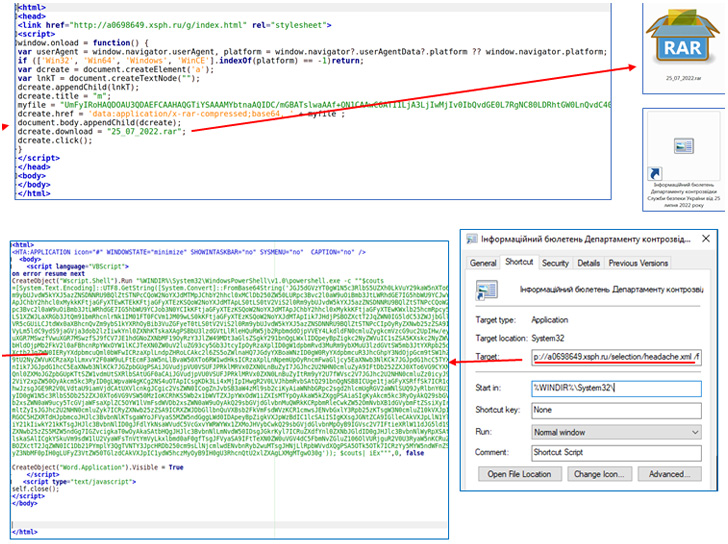 At its core, Pterodo is a Visual Basic Script (VBS) dropper malware with capabilities to execute PowerShell scripts, use scheduled tasks (shtasks.exe) to maintain persistence, and download additional code from a command-and-control server.

The Giddome implant, on the other hand, features several capabilities, including recording audio, capturing screenshots, logging keystrokes, and retrieving and executing arbitrary executables onto the infected hosts.

The intrusions, which occur through emails distributed from compromised accounts, further leverage legitimate software like Ammyy Admin and AnyDesk to facilitate remote access.

The findings come as the Gamaredon actor has been linked to a series of social engineering attacks aimed at initiating the GammaLoad.PS1 delivery chain, enabling the threat actor to steal files and credentials stored in web browsers.

"As the Russian invasion of Ukraine approaches the six-month mark, Shuckworm's long-time focus on the country appears to be continuing unabated," Symantec noted.

"While Shuckworm is not necessarily the most tactically sophisticated espionage group, it compensates for this in its focus and persistence in relentlessly targeting Ukrainian organizations."

The findings follow an alert from CERT-UA, which cautioned of "systematic, massive and geographically dispersed" phishing attacks involving the use of a .NET downloader called RelicRace to execute payloads such as Formbook and Snake Keylogger.