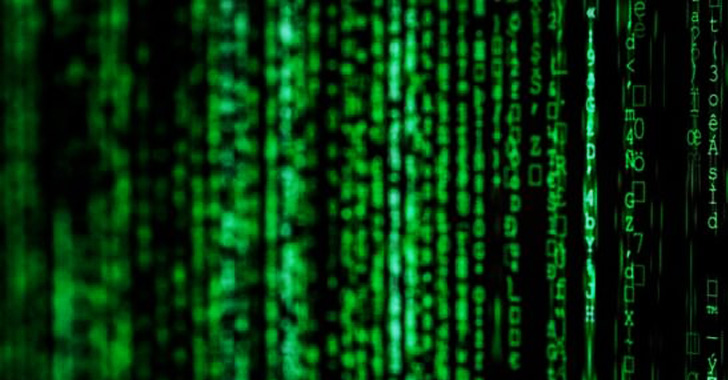 A newly discovered malware has been put to use in the wild at least since March 2021 to backdoor Microsoft Exchange servers belonging to a wide range of entities worldwide, with infections lingering in 20 organizations as of June 2022.

Dubbed SessionManager, the malicious tool masquerades as a module for Internet Information Services (IIS), a web server software for Windows systems, after exploiting one of the ProxyLogon flaws within Exchange servers.

Targets included 24 distinct NGOs, government, military, and industrial organizations spanning Africa, South America, Asia, Europe, Russia and the Middle East. A total of 34 servers have been compromised by a SessionManager variant to date.

This is far from the first time the technique has been observed in real-world attacks. The use of a rogue IIS module as a means to distribute stealthy implants has its echoes in an Outlook credential stealer called Owowa that came to light in December 2021.

"Dropping an IIS module as a backdoor enables threat actors to maintain persistent, update-resistant and relatively stealthy access to the IT infrastructure of a targeted organization; be it to collect emails, update further malicious access, or clandestinely manage compromised servers that can be leveraged as malicious infrastructure," Kaspersky researcher Pierre Delcher said.

The Russian cybersecurity firm attributed the intrusions with medium-to-high confidence to an adversary tracked as Gelsemium, citing overlaps in the malware samples linked to the two groups and victims targeted. 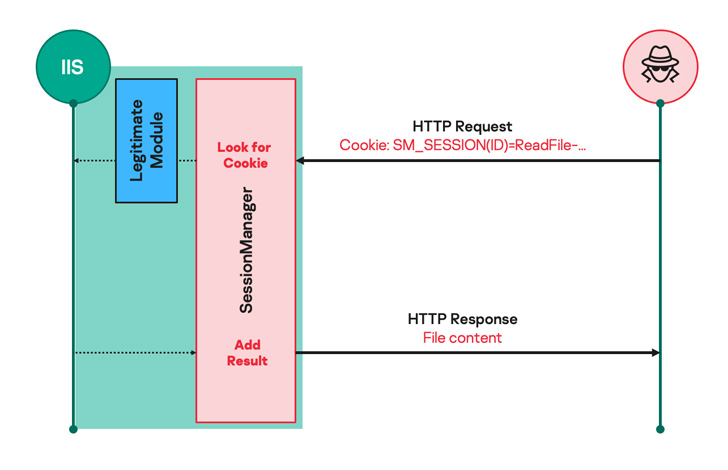 ProxyLogon, since its disclosure in March 2021, has attracted the repeated attention of several threat actors, and the latest attack chain is no exception, with the Gelsemium crew exploiting the flaws to drop SessionManager, a backdoor coded in C++ and is engineered to process HTTP requests sent to the server.

"Such malicious modules usually expect seemingly legitimate but specifically crafted HTTP requests from their operators, trigger actions based on the operators' hidden instructions if any, then transparently pass the request to the server for it to be processed just like any other request," Delcher explained.

Said to be a "lightweight persistent initial access backdoor," SessionManager comes with capabilities to read, write, and delete arbitrary files; execute binaries from the server; and establish communications with other endpoints in the network.

The malware further acts as a covert channel to conduct reconnaissance, gather in-memory passwords, and deliver additional tools such as Mimikatz as well as a memory dump utility from Avast.

The findings come as the U.S. Cybersecurity and Infrastructure Security Agency (CISA) urged government agencies and private sector entities using the Exchange platform to switch from the legacy Basic Authentication method to Modern Authentication alternatives prior to its deprecation on October 1, 2022.