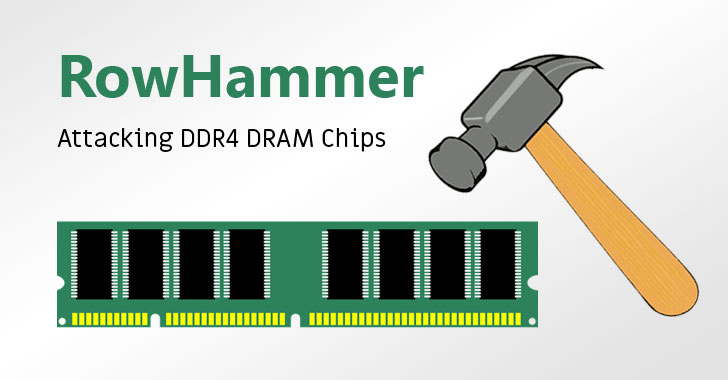 To mitigate Rowhammer vulnerability on the latest DDR4 DRAM, many memory chip manufacturers added some defenses under the umbrella term Target Row Refresh (TRR) that refreshes adjacent rows when a victim row is accessed more than a threshold.

But it turns out 'Target Row Refresh,' promoted as a silver bullet to mitigate rowhammer attacks, is also insufficient and could let attackers execute new hammering patterns and re-enable the bit-flip attacks on the latest hardware as well.

According to the researchers, TRRespass fuzzer repeatedly selects different random rows at various locations in DRAM for hammering and works even when unaware of the implementation of the memory controller or the DRAM chip.

What's more? The latest flaw also affects LPDDR4 and LPDDR4X chips embedded on most of the modern smartphones, leaving millions of devices still vulnerable to the RowHammer vulnerability again. 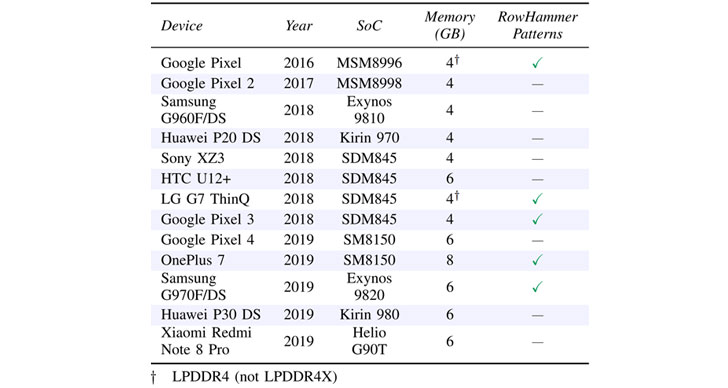 "We also ported a simplified version of TRRespass to ARM and managed to trigger bit flips on a variety of smartphones such as Google Pixel 3 and Samsung Galaxy S10," the researchers said.

Target Row Refresh tries to identify possible victim rows by counting the number of adjacent row activations and comparing it against a predefined value, but it still is incapable of keeping the information about all accessed rows at the same time to effectively mitigate bit flips through aggressor rows.

"The known Rowhammer variants use at most two aggressor rows to perform the attack, a small number rows that are being accessed frequently can easily be monitored by TRR. But what if we use more aggressor rows?" the researchers said in a blog post.

Researchers claim they "tried TRRespass on the three major memory vendors (compromising more than 99% of the market) using 42 DIMMs," and found bit flips on 12 of them.

VUSec team reported the new RowHammer attacks to all affected parties late last year, but, unfortunately, it is not going to be patched anytime soon.

VUSec also promised to soon release an Android app that users can install and use to check whether the memory chip on their smartphones is also vulnerable to the new hammering patterns or not.