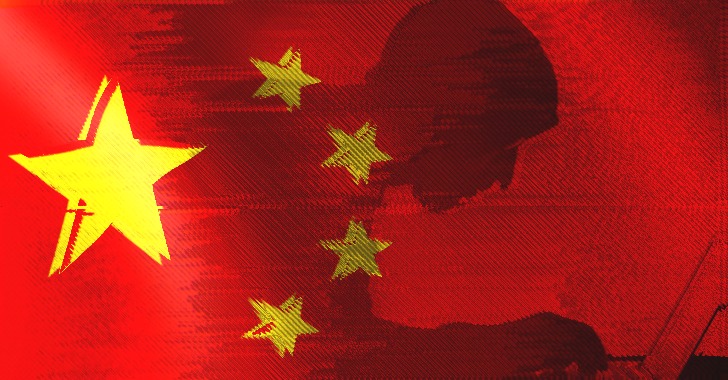 Phishing is still one of the widely used strategies by cybercriminals and espionage groups to gain an initial foothold on the targeted systems.

Though hacking someone with phishing attacks was easy a decade ago, the evolution of threat detection technologies and cyber awareness among people has slowed down the success of phishing and social engineering attacks over the years.

Since phishing is more sort of a one-time opportunity for hackers before their victims suspect it and likely won't fall for the same trick again, sophisticated hacking groups have started putting a lot of effort, time and research to design well-crafted phishing campaigns.

In one such latest campaign discovered by cybersecurity researchers at Check Point, a Chinese hacking group, known as Rancor, has been found conducting very targeted and extensive attacks against Southeast Asian government entities from December 2018 to June 2019.

What's interesting about this ongoing 7-month long campaign is that over this period, the Rancor group has continuously updated tactics, tools, and procedures (TTP) based on its targets in an effort to come up with phishing email contents and lure documents appear being as convincing as possible.

"The observed attacks started with emails sent on behalf of employees from different government departments, embassies, or government-related entities in a Southeast Asian country," reads a report published by CheckPoint and privately shared with The Hacker News prior to its release.


"The attackers appeared determined to reach certain targets, as tens of emails were sent to employees under the same ministries. Furthermore, the emails' origin was likely spoofed to make them seem more reliable."


Researchers discovered different combinations of TTP based on their timeline, delivery, persistence, and payloads, and then combined them into 8 major variants, as listed below in this article.

Each attack variant started with a classic spear-phishing email containing a malicious document designed to run macros and exploit known vulnerabilities to install a backdoor on the victims' machines and gain full access to the systems. 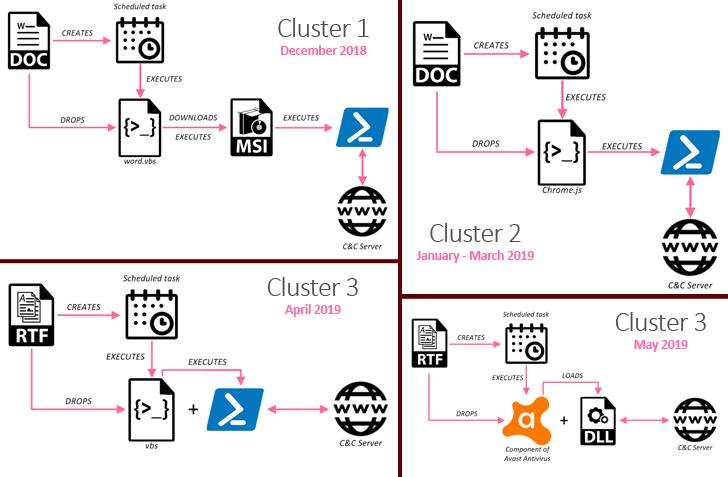 Most of the delivery documents in this campaign contained legitimate government-related topics, like instructions for governmental employees, official letters, press releases, surveys, and more, appeared to be sent from other government officials.

Interestingly, as part of the infection chain, in most campaigns, attackers also bring their own legitimate, signed and trusted executables of major antivirus products to side-load malicious DLLs (dynamic link library) files to evade detection, especially from behavioral monitoring products. 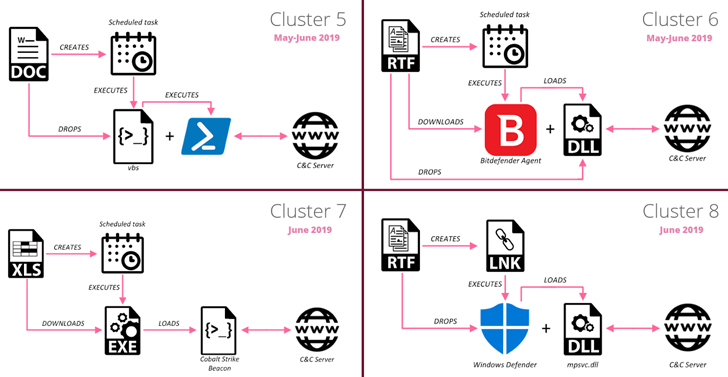 As shown in the illustrations above, the abused legitimate executables belong to antivirus products including a component of Avast antivirus, BitDefender agent and Windows defender.

Though the attack chains involve fileless activities like usage of VBA macros, PowerShell code, and legitimate Windows built-in tools, this campaign is not designed to achieve a fileless approach as the researchers told The Hacker News that other parts of the campaign expose malicious activities to the file system.

"To date, we have not seen such a persistent attack on a government; the same attacks were targeted for 7 months. We believe that the US Government should take note," researchers warned as the US elections are near.


"To attack the US Government, these Chinese hackers wouldn't need to change much, except making their lure documents all in English, and include themes that would trigger the interest of the victim so that the victim would open the file."

"We expect the group to continue to evolve, constantly changing their TTPs in the same manner as we observed throughout the campaign, as well as pushing their efforts to bypass security products and avoid attribution," the researchers conclude.


To learn more about the Rancor group and its latest campaign, you can head on to the CheckPoint report titled, "Rancor: The Year of the Phish."