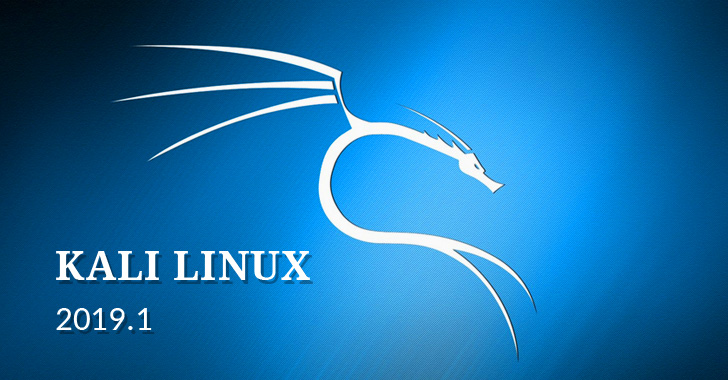 The latest version of Kali Linux operating system includes kernel up to version 4.19.13 and patches for numerous bugs, along with many updated software, like Metasploit, theHarvester, DBeaver, and more.

Metasploit version 5.0 is the software's first major release since version 4.0 which came out in 2011.

Talking about ARM images, Kali Linux 2019.1 has now once again added support for Banana Pi and Banana Pro that are on kernel version 4.19.

"Veyron has been moved to a 4.19 kernel, and the Raspberry Pi images have been simplified, so it is easier to figure out which one to use," Kali Linux project maintainers says in their official release announcement.

"There are no longer separate Raspberry Pi images for users with TFT LCDs because we now include re4son's kalipi-tft-config script on all of them, so if you want to set up a board with a TFT, run 'kalipi-tft-config' and follow the prompts."


The Offensive Security virtual machine and ARM images have also been updated to the latest 2019.1 version.

You can download new Kali Linux ISOs directly from the official website or from the Torrent network, and if you are already using it, then you can simply upgrade it to the latest and greatest Kali release by running the command: apt update && apt -y full-upgrade.